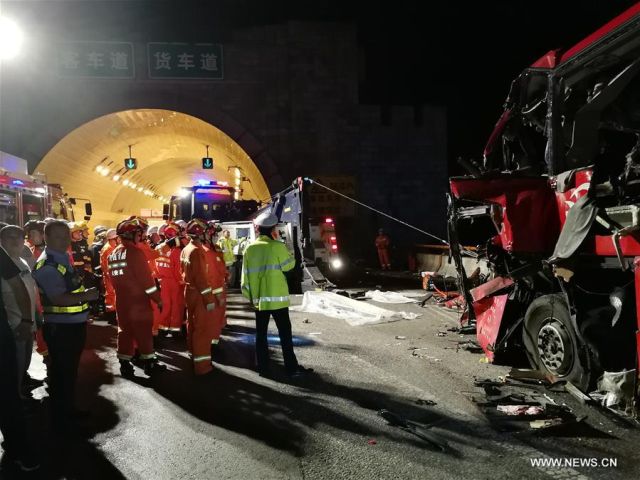 The accident occurred at around 11:34 p.m. when a coach hit the wall of the Qinling tunnel of the Xi’an-Hanzhong Expressway, according to the public security department of Shaanxi.

The injured have been rushed to the hospital.