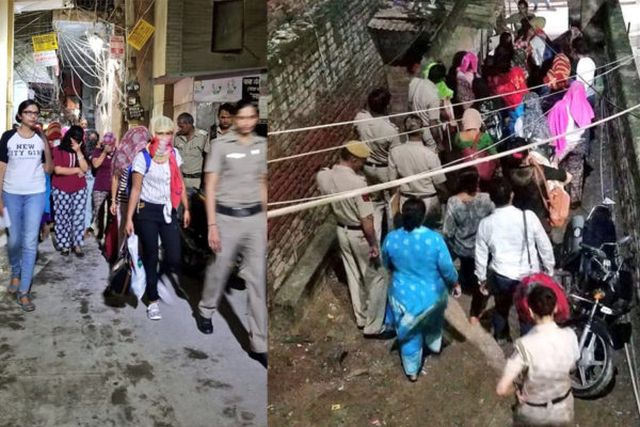 New Delhi : The Delhi Commission for Women (DCW) on Wednesday said that it rescued 39 Nepali women, who had become victims of human trafficking.

The Commission said that it received a tip-off and rescued the girls from Hotel Hriday Inn in Delhi’s Paharganj area on Tuesday night.

“The raid lasted the entire night and assistance was provided by Delhi Police. The entire hotel only had trafficked Nepali girls who were being sent to Gulf countries,” DCW Chief Swati Maliwal said.

In a similar incident earlier, the Commission had rescued 18 women — two of them were from Bengal and the rest were Nepali.

Last week, DCW rescued 16 Nepali girls who were about to be trafficked to Gulf countries.

“Within a week 3 rescue operations, 73 Nepali girls were rescued from Munirka, Maidangarhi and Paharganj,” Maliwal tweeted.

“The poorest of the poor women and girls of Nepal are being exploited. True, Delhi is slowly becoming Trafficking Capital of the world!” she added.

CBI searches 14 locations in Delhi, UP over illegal mining