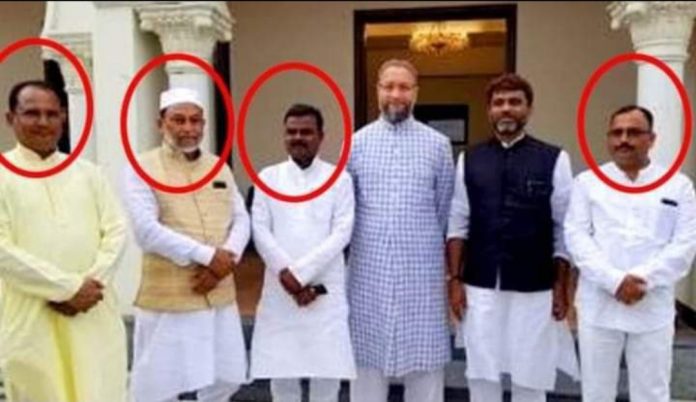 With 79 MLAs, the RJD topped the Bharatiya Janata Party (BJP) to become the single largest party in Bihar.

The four Legislators are purportedly Shahnawaz, Izhar, Anjar Nayani, and Syed Rukundin. The only state president that remained loyal to Owaisi’s All India Majlis-e-Ittehadul Muslimeen is Akhtarul Iman.

Four AIMIM MLAs were in contact with the RJD, per a previous report by news agency IANS. This is because they are concerned about their future after the 2021 Uttar Pradesh Assembly elections, wherein the Owaisi-led party drafted nominees for more than 90 seats but struggled to follow through successfully on even a single seat.

It’s worth noting that in at least 20 constituencies during the 2020 Bihar Assembly election, the AIMIM, which is mostly endorsed by Muslim voters, decimated the RJD’s core base. The Muslims in UP, however, did not endorse the Hyderabad-based party.

The Bihar AIMIM legislators planned to join the RJD since they are apprehensive that the Bihar voters may dismiss them in the 2025 Assembly elections.

If AIMIM MLAs join the ruling party, the RJD, which currently has 76 MLAs, could take over as the only major political party in Bihar.

In the Bihar Assembly, the Bharatiya Janata Party now has 77 MLAs courtesy to the series of legislators from the Vikassheel Insaan Party (VIP) that switched over to the BJP.