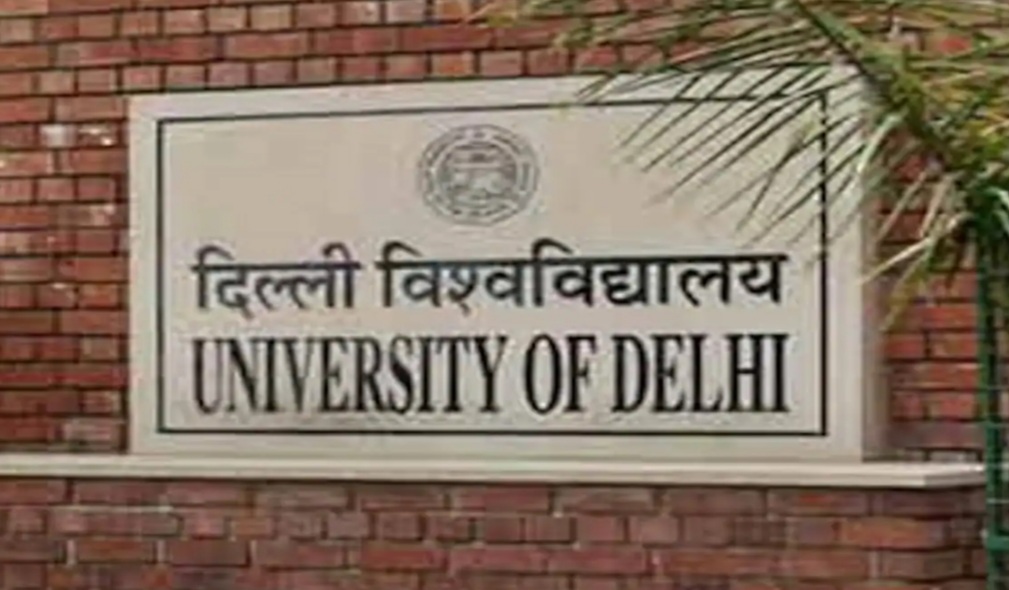 New Delhi:  Severely criticizing the Delhi University Vice Chancellor for introducing a 4-year degree course from the next academic year, left student groups on Thursday said the decision would be most detrimental to students from OBC, SC/ST and other marginalized communities.

Students’ Federation of India ( SFI) said the National Education Policy 2020 (NEP) came under sharp criticism from the stakeholders for accelerating “commercialization” of public funded education and for its centralisation motive that paves way for “communalization”.

SFI’s Central Executive Committee said it stands vehemently opposed to the NEP as well as the decision by the Delhi University Executive Council to implement a four year undergraduate programme (FYUP) with multiple entry and exit system (MEES) from the next academic session 2022-23.  Many academics argue that the four year undergraduate programmes adds no scholastic value to the degree, rather it dilutes the course to extend the period of a bachelor’s degree, and offers no additional gain to the students.

VP Sanu, SFI president, said the student’s body said FYUP would be most detrimental to students from OBC, SC/ST and other marginalized communities. It sets back the advances made through years of struggle by teachers and students to implement the 50% reservation in an otherwise upper caste dominated classroom.

It is unfairly loaded against the marginalized students and could potentially disrupt their further education as the honours course will act as their pass post to pursue Masters and higher education, thus gate keeping against students who took the exit points.

FYUP raises several concerns among the student and teaching community, which have been vocalised by several bodies including the Delhi University Teacher’s Association (DUTA) and progressive student organisations such as SFI. Anti-FYUP protestors also took to the streets demanding the rollback of the decision to implement it from the next academic year (2022-23) after it is passed by the statutory bodies.

NEP 2020 too has received much backlash from the stakeholders for accelerating commercialization of public funded education and for its centralisation motive that paves way for communalisation and democratic backsliding, he added.

He further underlined that the inequality begins from the admission process onwards as students aspiring to study a discipline will be left to compete with those who come with marks that would fetch admission to the Honours programme.

This will eventually force students to opt for disciplines that are less competitive as the choice to study a more accessible programme course instead of honours course of their desired discipline is now denied.

The FYUP was introduced in University of Delhi earlier in 2014 and scrapped following massive outrage from students and teachers.

The FYUP creates a rigid three tier system, providing exit points at the end of two years with an Associate Baccalaureate, and at the end of three years with a Baccalaureate. A student will be awarded ‘Baccalaureate with Honours’ after successfully completing four years. Those who exit midway are offered the option to join back and complete the degree within a specified time frame, however the new course structure inevitably results in gross disparity as the students will be placed on unequal footing given that they put in a different number of years into their degree.

The Vice Chancellor Professor Joshi says the exit options will be good for students from marginalized backgrounds who would like to discontinue studies temporarily due to “circumstances”; he refuses to acknowledge the social and structural nature of it. Social factors like caste, religious status, class and gender would play a significant role in making a student exit which cannot be merely disregarded as personal reasons when it puts them at a severe disadvantage in their future academic and employment prospects.