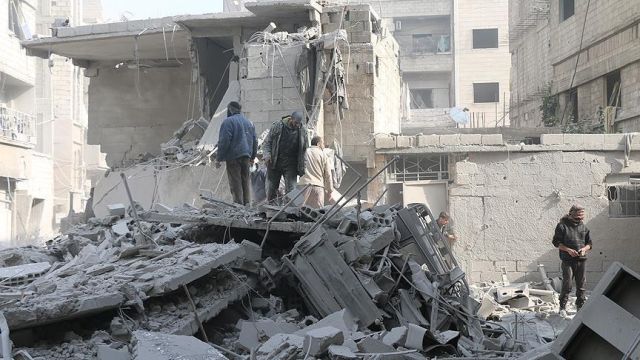 Ankara: A total of 40 people were killed over the past two days as Assad forces intensified their attacks on the besieged Damascus suburb Eastern Ghouta, according to the White Helmets civil defense agency.

In a statement, 161 civilians also lost their lives over the last two weeks, the agency said.

Home to some 400,000 inhabitants, Eastern Ghouta, a suburb of Damascus, has remained under a crippling siege by the Bashar Assad regime since late 2012.

It falls within a network of de-escalation zones — endorsed by Turkey, Russia and Iran — in which acts of aggression are expressly prohibited.

Syria has only just begun to emerge from a devastating conflict that began in 2011, when the Assad regime cracked down on demonstrators with unexpected ferocity.