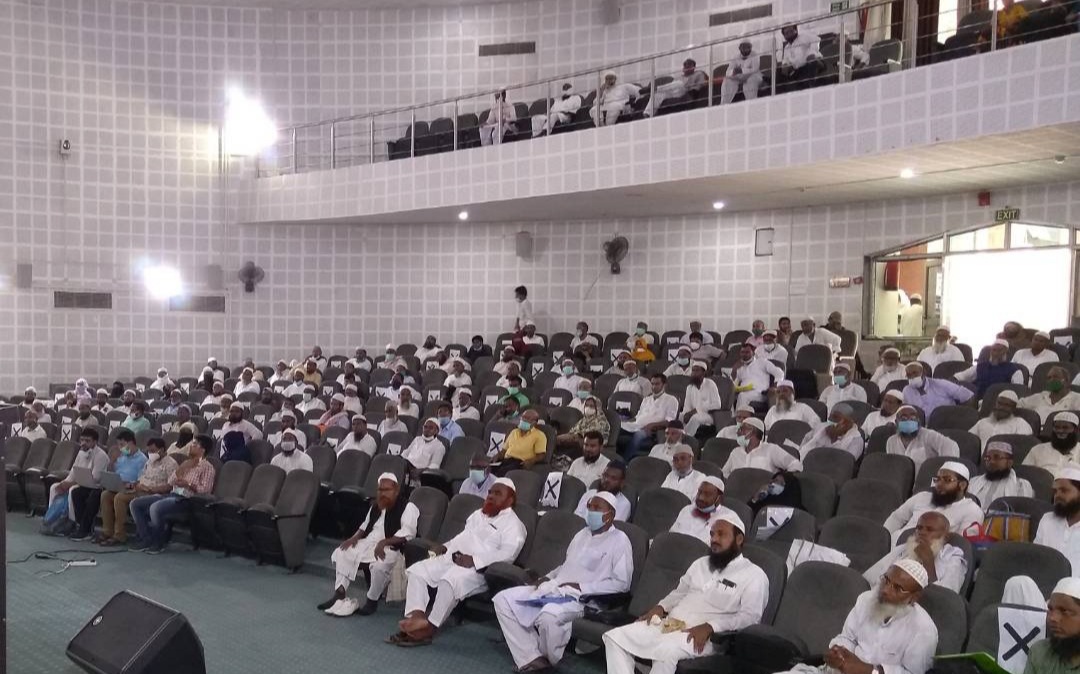 Patna:  In an effort to bridge the gap between Madrasa and Schools, Bihar government has taken up a unique project of Adolescence Education Program (AEP) in collaboration with the Maulana Azad National Urdu University (MANUU), Hyderabad. Speaking at the valedictory function here, Amir Subhani, Development Commissioner said that the AEP program provides students and teachers with a better understanding of contemporary and future situations.

As part of the initiative, MANUU organized 5 day training program from August 1 to 5 for Madrasa principals from 30 districts of Bihar in Patna. Around 950 Madrasa Principals attended the training which concluded today.

In her address to the valedictory   session, Mrs. Safina Noor, Secretary, Minority Welfare Department said that about 75 percent girls are enrolled in Madrasas and they should be given special attention in this program.  She motivated the Madrasa Principals for the efficient conduct of the program.

Prof Mohd Shahid, Project Director from MANUU, underlined that the quality of education in 2500 Madrasas is being strengthened through 50 Madrasa Resource Centers. Over 7000 Madrasa teachers will be trained in the new pedagogy. It is an attempt to provide conducive environment and opportunities to adolescents’ boys and girls in Madrasas so that their creative thinking, critical approach and intellectual abilities can be triggered. The cultural background & Islamic context of the Madrasas are carefully taken care of.

Earlier, in his address during the inaugural session, Mohammad Zama Khan, Minority Welfare Minister, Bihar Government stated that AEP in Madrasas of Bihar is a unique initiative and ambitious project of Chief Minister Nitish Kumar for inclusive development, which is not exemplified in any other part of the country.

Faizi, Director, Minority Welfare Department and Saeed Ansari, Secretary of Madrasa Board were also present in the program.