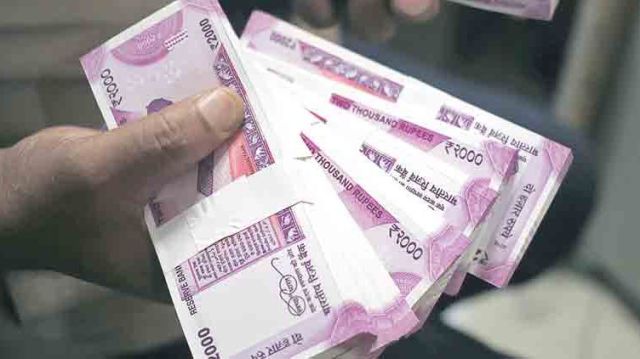 For India to become a $5 trillion economy, the government needs to go from being a spender to an even greater enabler of businesses than it currently is. Debates about the appropriate level of government spending abound. The tight balance between spending to boost critical sectors versus managing a fiscal deficit is a tightrope the government must walk.

Numbers such as the $526 billion infrastructure gap suggest that innovation in policy will be essential for India to truly bridge this gap, create jobs and generate growth. Our premise is that while spending by the government is important, it needs to focus much more on how to enable businesses, especially private investment in infrastructure.

According to a World Bank report, government spending as a percentage of GDP has averaged at 10.29 percent between 1960 and 2016, with the number in 2016 being 11.65 percent. There is pressure around both the fiscal deficit and revenue deficit in India. In addition, no remarkable change in tax revenues is expected soon that would provide a significant increase to government spending — therefore it will be wise to assume that spending as a percentage of GDP will not see significant change upwards any time soon.

Hence for India to create necessary infrastructure and jobs it is essential to allow private capital to invest. The government must continue to spend and efficiently allocate public finances, but to truly push up growth rates and aspire to more than double the size of the economy, it is imperative that more thought is given to measures to boost private investment.

The recent policy by the Modi government to open the coal mining sector to the private sector is a welcome step. If implemented well, this should pave the way for more competition and higher efficiency.

If infrastructure sectors such as ports, refineries, renewable energy, power transmission, mining, toll-roads, water and irrigation can all be categorised between the “financially viable” and the “economically value-creating but not fully financially viable”, then the former needs effective and transparent regulations while the latter needs government spending in addition to effective regulations.

The above analysis needs to be based on robust cash-flow models and past project experience. The bifurcation is important because for financially viable sectors the government must push for regulations that attract capital. Tax policies to boost capital expenditure such as competitive accelerated depreciation, tax-free windows and centralised clearance windows would be the key. While for the sectors that deliver economic value but aren’t fully financially feasible, government spending in varying degrees will be required.

What is important to realise is that high quality infrastructure will be essential to provide India an opportunity to push up growth rates. It is simply not possible for government spending to bear the entire burden of the infrastructure spending.

According to a World Bank global ranking of trade- and transport-related infrastructure for 2016, the Netherlands was given 4.29 points and Singapore 4.20. India in this ranking was at 3.34 points, significantly lower at 35th rank versus the Netherlands at 4th and Singapore at 5th position.

A $5 trillion economy is a target that is worth aspiring for. Infrastructure spending will have to form a significant component of the value-creation in the economy. The positive multiplier effect of infrastructure creation cannot be overemphasised in terms of job creation, economic growth and national prosperity. It is time for the Indian government to pay greater attention to its role as an enabler and facilitator of infrastructure.

(Taponeel Mukherjee heads Development Tracks, an infrastructure advisory firm. The views expressed are personal. He can be contacted at taponeel.mukherjee@development-tracks.com or @Taponeel on Twitter)