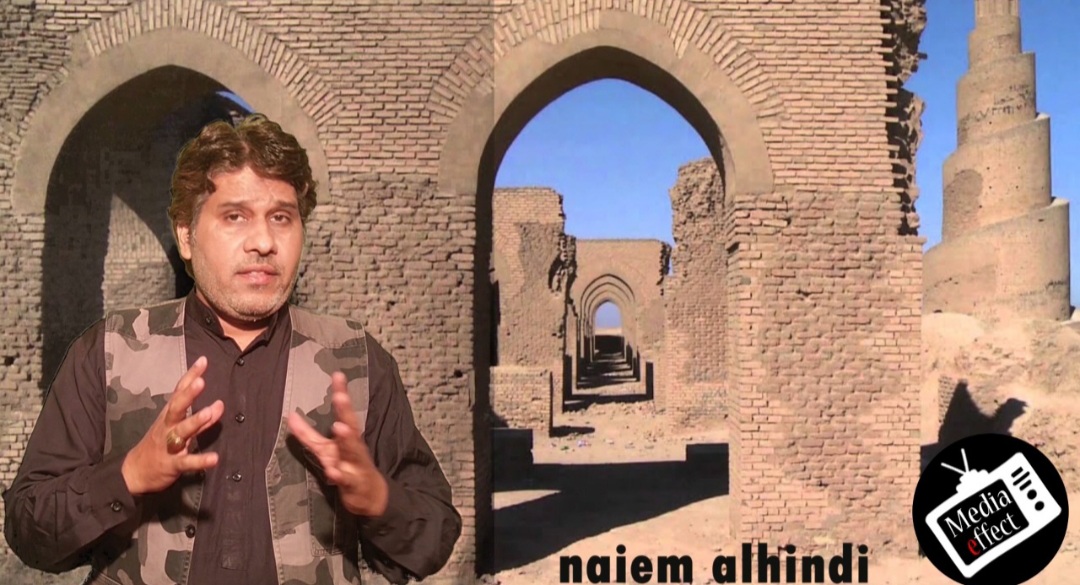 New Delhi: The famous dictum ‘if we have no history, we have no future’ still goes with same fervour as people take pride in them and cherish them for their generation. Great and adventurous events of history always inspire generations. History teaches you to avoid mistakes and learn from them as well.’  In fact, history motivates you, history inspires you’ says Naiem Al Hindi who recently completed 50 episode of Islamic History for his YouTube channel, Media Effect.

Coming from Hirdaypur , a  village in the Hapur district of Uttar Pradesh, Naiem was inspired by renowned Islamic debater Ahmed Deedat.

Naiem joined Tablighi Jamaat some 20 years back but his passion for study Islamic history make way for him to visit Jamaat-e-Islami. After working in electronic and print media, including film and theater, and event management in various capacities for 17 years, Naiem decided to counter the propaganda against Islam and Muslims, making aware the new generation of Islamic history through his YouTube channel.

“I tried to highlight the achievements of Muslims in the field of education, their culture and tradition and their developmental works for the masses,” said Naiem. He lamented, “Does the new generation know that it was compulsory to build a school and a hospital for building mosque. That, the Muslim stalwarts would often ensure land adjacent to mosque for schools and hospitals.” he said.

It took one year to write  the script for 50 episode followed by one year in video making.”We tried to cover form the arrival of Prophet (571) to the end of Ottoman Empire (1923). Our next project is on influential personalities who made an impact on mankind,” said Naiem.

“The Muslims today are wasting their time in useless entertainment and children have become addict of  game , cartoons,  sports etc. I am trying to provide them an alternate for their mind and soul,” said Naiem.

Below are some videos on Islamic history made by Naiem Al Hindi.