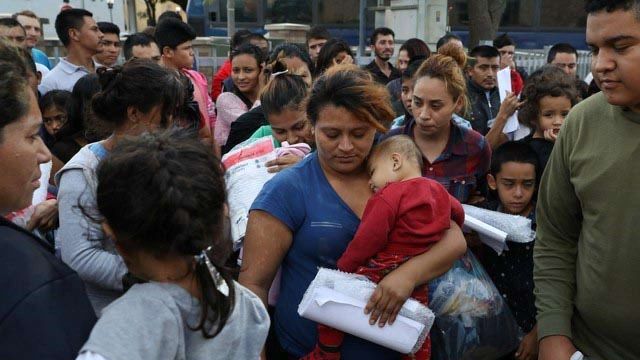 Washington : Fifty-eight immigrant children under the age of five have been reunited with their parents after being separated at the US border, officials said in a filing.

Though the deadline for reuniting children under five has passed, in two weeks the government will need to reunite thousands more children aged five to 17 to meet the judge’s next deadline.

Despite working extensively together, government and ACLU lawyers sharply disagreed on how to proceed in the case, according to the joint filing.

The ACLU asked for the government to provide a daily report of reunified families to the court starting next week and for additional details to prevent the government from missing future deadlines.

The organisation also asked the judge to set additional specific deadlines going forward. However, both parties appeared to disagree about appropriate time frames.

Although the new filing details the latest reunification numbers of children younger than five, it did not provide a total of how many kids older than five the government believes to be in custody.

It also does not offer any details on the process the government plans to use to reunite those families, or how it will work to reunite children whose parents have been deported, CNN reported.

The “zero-tolerance” policy to prosecute all adults crossing the border illegally resulted in the separation of thousands of children from their parents after entering the US, though this case was filed long before that policy and affects almost all families separated at the border still in government custody.

After an initial backlash, Trump signed an executive order aimed at keeping families together at the border.