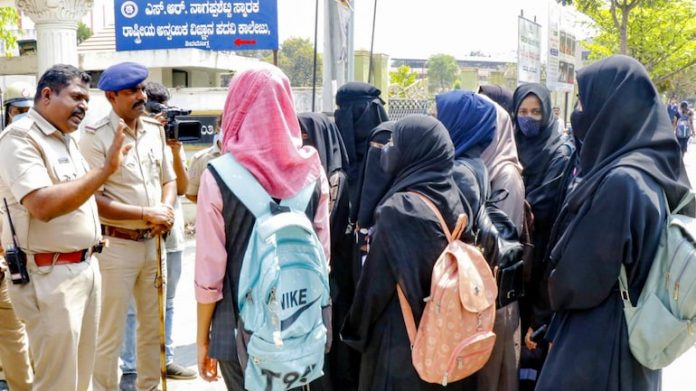 Bengaluru: At least 58 female students from a college in Karnataka’s Shivamogga district were suspended on Saturday for wearing hijab and also staging an agitation demanding that they should be allowed to attend classes.

The students were from Government Pre-University College of Shiralakoppa.

According to the principal, the college management, development committee tried to explain to the hijab-clad students the interim order of the High Court but they did not listen and pressed for wearing of hijab.

Hence, they were suspended from the college temporarily.

The Karnataka High Court has issued an interim order restraining students from wearing hijab or any other form of religious dress in schools and colleges that have prescribed uniform.

Widespread protests have been witnessed against the ban on hijab in schools and colleges in Karnataka.

Karnataka: Govt allows use of loudspeakers in 10,889 mosques