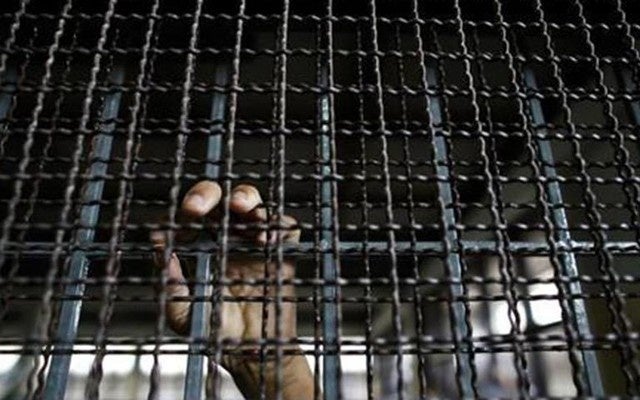 New Delhi:  Seventy six foreign nationals including Pakistan, Afghanistan, Myanmar, Spain and several African countries put at a detention center situated in North Delhi on Tuesday began indefinite hunger strike in protest against the inhuman conditions in which they are forced to live and served sub-standard foods. Taking cognizance of this, rights group Peoples Union Civil Liberties (PUCL) urged the Central and State Governments to inquire into the grievances of the agitating detenues and take immediate steps for their redressal.

A team of PUCL comprising N D Pancholi, Sheoraj Singh, and Arun Maji visited the   Detention Centre located in Beggars’ Home, Lampur, and Narela in North Delhi.  They issued a statement that inmates informed the PUCL team that the food served to them is not worth eating -boiled vegetables saturated with tasteless water is the daily routine and breads remain half cooked. “There is no provision for drinking water and inmates are forced to buy the same from outside. There is no cleanliness in spite of the much propagated ‘Swachhata Abhiyan’ (Cleanliness Drive) of the government. The lavatories and bath rooms continue to remain dirty and repulsive to use.”

The team also alleged that there is corruption in the supply of daily necessities like toothbrush, tooth paste, soaps, winter shoes etc.  Against allotted provisions.

Some inmates who require daily medicines are not allowed to procure them.  The facility of TV has been discontinued for the last one year. On   August 17, 2019 a district judge had visited the centre and had instructed the Superintendent to arrange TV immediately   but till now nothing has been done, they added.

Speaking with Muslim Mirror, team member and Supreme Court advocate, Pancholi said most of the foreigners belong to Pakistan,   Afghanistan, Spain, Myanmar and African countries and many of them have already completed their five or seven year  jail terms. He further said   few inmates are his clients but they are yet to be released by the government so that they can fly back home. He also alleged that the behavior of the Superintendent at the Centre is inhuman.

In spite of Delhi High Court instructions relating to the upkeep of the Centre and related provisions for the detenunes are being blatantly flouted, he added.

“Some inmates of old age require hot water for bathing and blankets but there is no arrangement for the same. There are some other complaints also. In spite of repeated representation there is no redressal”, the statement adds.