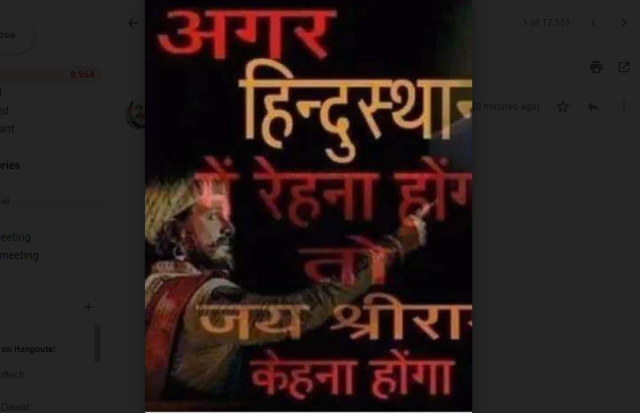 The new Pew Research Center report is based on a face-to-face survey of 29,999 Indian adults fielded between late 2019 and early 2020. This was before the COVID-19 pandemic. The survey takes a closer look at religious identity, nationalism, and tolerance in Indian society. The survey was conducted by local interviewers in 17 languages and covered nearly all of India’s states and union territories.

Hindus who strongly link Hindu and Indian identities express a keen desire for religious segregation. They say they do not have much in common with members of other religious groups. Most of the 86% of India’s large Hindu population, says their close friends come mainly or entirely from their own religious community.

Among Hindus, views of national identity, go hand-in-hand with politics. Support for the ruling Bharatiya Janata Party (BJP) is greater among Hindus who closely associate their religious identity and the Hindi language with being truly Indian.

In the 2019 national elections, 60% of Hindu voters who think it is very important to be Hindu and to speak Hindi to be truly Indian cast their vote for the BJP. In comparison, only 33% of Hindu voters feel less strongly about both these aspects of national identity.

These views also map onto regional support for the BJP, which tends to be much higher in the Northern and Central parts of the country than in the South.

India’s caste system, an ancient system of social hierarchy continues to dominate Indian society.  A large majority of Indians overall (70%), say that most or all of their close friends share the same caste.

The survey finds that three-quarters of Muslims (74%) supporting having access to the existing system of Islamic courts. To this followers of other religions are less supportive and don’t concur with Muslims having access to this separate court system.

According to the Pew report, Religious conversion is not alarming as it is made out to be. Among Hindus, for instance, any conversion out of the group is matched by conversion into the group. So Hindus gain as many people as they lose.  As far as Christians are concerned there are some net gains from conversion.

These are inchoate images of changing India. India is making a decisive change from the Nehruvian era to a Hindi Hindu Hindustan identity. The new Pew Research Center report amply points to this fact. That’s ‘Post- Truth India, The Brand New Republic.’

Syed Ali Mujtaba is a journalist based in Chennai. His forthcoming book is ‘Post- Truth India, The Brand New Republic.’  He can be contacted at syedalimujtaba2007@gmail.com