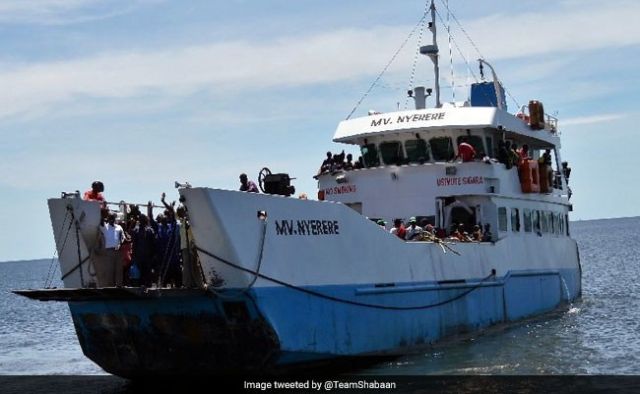 The MV Nyerere ferry overturned on Thursday between two islands of Ukora and Bugolora in Lake Victoria, the largest lake in Africa, which straddles the borders of Tanzania, Uganda and Kenya.

Officials say the number who drowned in the mishap could be more than 200. Rescue efforts resumed on Friday after being put on hold overnight, the BBC reported.

It is thought that the overloaded vessel toppled over when crowds on board moved to one side as it docked.

The local media reports said that the ferry’s official capacity was 100 people and officials confirmed that the vessel was carrying more than 400 passengers when it capsized, the report said.

About 100 people were rescued while 37 were said to be in a critical condition.

“We pray to God to give us hope in such an accident,” Regional Commissioner Adam Malima told reporters.
Locals joined the emergency teams in rescue efforts after the incident.

Boat disasters are frequent on Tanzania’s waters, where ferries often exceed their capacity.

Some 200 people were killed after an overloaded vessel hit strong winds off the island of Zanzibar in the Indian Ocean in 2011. The boat had a capacity of 620 passengers but was carrying over 1,000 people.