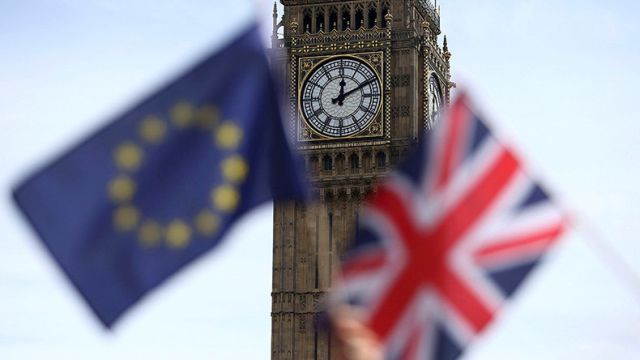 The UK after Teresa May’s self-imposed “Brexit General Election” reveals a stalemated society and politics, deeply divided between those who support and those who passionately reject the decision to leave the EU. Voting to leave was much easier than actually leaving. Political analysts are now talking of a “fuzzy Brexit”, representing a constructive ambiguity where the UK tries to “muddle through” and stay within Europe while leaving the EU.

Insiders argue that this would imply a much longer transitional period, with the UK remaining inside the EU Customs Union in a modified form and a compromise agreement on its contribution to the EU budget. Some form of continuing jurisdiction by the European Court of Justice could also be part of this emerging deal.

With Prime Minister May away on a three-week vacation, there appears to be a power shift away from her headed by Chancellor Philip Hammond. A cabinet source revealed a “broad consensus” on seeking an off-the-shelf transition deal — effectively maintaining the status quo for around three years after Brexit, beyond March 2019. Informal sources point to a huge movement within the cabinet in favour of a substantial transition period, a direct fallout of the recent election which ministers interpret as a failure to endorse May’s plan for a hard Brexit.

Hammond confirmed to BBC that the UK’s relationship with the EU could look “similar in many ways” until 2022 — despite formally leaving the bloc in 2019. A majority of cabinet ministers confirmed they were comfortable with a lengthy transitional period of around three years, with continued free movement of people, single-market access, a customs union arrangement and potentially oversight from a supranational tribunal structure. Even more interesting was Home Secretary Amber Rudd’s announcement that EU nationals would be free to come to the UK during the transition period as long as they register with the authorities. This is totally at variance with Teresa May’s public statements on this issue.

Labour Party leaders were quick to respond. Chuka Umunna, Labour MP and leading member of the “Open Britain” campaign group, said it was “refreshing to hear government ministers facing up to the realities of Brexit at last” and acknowledged the Chancellor and Home Secretary had “brought a welcome dose of reality to the Brexit debate”.

George Osborne, former Chancellor and now editor of the Evening Standard, appeared to take Hammond’s interview as a vindication of his own position from June that May’s government needs the “political equivalent of the cold shower” and a “realistic assessment of Britain’s approach to the Brexit talks”.

London’s popular and charismatic Mayor Sadiq Khan quickly noted that the Brexit referendum result could be “trumped” if Labour used its next general election manifesto to commit to not leaving the EU, or to hold a second referendum on withdrawal. In a pointed intervention after days of conflicting signals on Brexit from senior Labour figures, Khan insisted he was an “optimist” about the chances of the UK staying in the EU. Labour had been accused of an incoherent policy on Brexit after leader Jeremy Corbyn insisted the party wanted the UK to leave the EU single market while shadow Brexit Secretary Keir Starmer said nothing was off the table.

The chief EU negotiator Michel Barnier was continuing to pressure the UK Government along with the European Parliament’s chief Brexit coordinator Guy Verhofstadt. British negotiators would need to demonstrate major progress on the paramount issue of citizens’ rights. If they fail to do so, Verhofstadt would recommend to the European Council that negotiations on Brexit should not enter phase two relating to Britain’s future relationship with the EU.

Verhofstadt underlined: “I am adamant that the European Parliament, as the directly elected body representing European citizens, will also provide its assessment to the Council, via the adoption of a parliamentary resolution, about whether or not we can go into phase two. Our voice will be heard.” His comments are significant. It is clear that British negotiators would be required to satisfy the interests of the European Parliament on the complex issue of citizens’ rights, as the institution will provide a separate assessment on progress, creating another potential hurdle for Brexit talks.

His intervention follows reports that Barnier had warned that talks on a future trade deal could be stalled due to lack of progress on the highly contentious issue of a financial settlement with the UK — often referred to as the so-called “divorce bill”. Speculation has placed the financial settlement as high as 100 billion euros (89 billion pounds).

What are the stakes for India in this backdrop of intense speculation on the impact of Brexit on India-EU business relations as well as on the India-UK partnership? It is generally agreed that with 72.5 billion euros of India-EU trade and 19.4 billion euros of India-UK trade at stake, all partners needed to think through this issue carefully in the business and commercial context. The Indian position was best summarised by a leading industrialist, Shishir Bajoria, Chairman of the Bajoria Group, who noted: “We have 800 million young Indians who need jobs. We will trade with the UK, Brexit or no Brexit. And we will trade with the EU, Brexit or no Brexit.”

Clearly, this is a narrative still in the making with high stakes for all — India, the UK and Europe. If responses are based only on national security templates, the global economy risks being seriously impacted. In the event of a harmful deal, harmful to either side, or no deal, the repercussions will be global, not national. Brussels will be blamed as much as London. As David Goodhart (author of “The Road to Somewhere: The Populist Revolt and the Future of Politics”) recently commented to the New York Times: “May be it is Europe’s ‘true-believers’ who need to embrace the spirit of constructive ambiguity.”

(Bhaswati Mukherjee is a former Indian diplomat. The views expressed are personal. The article is in special arrangement with South Asia Monitor)