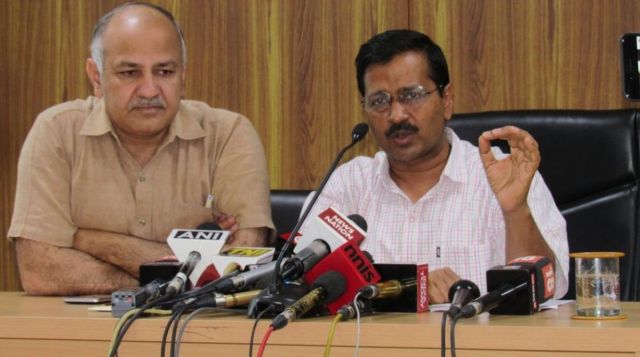 New Delhi: Delhi’s ruling Aam Aadmi Party (AAP) on Friday announced its electoral forays in the southern state of Telangana which would to go a midterm poll in November or December this year. It said the party would contest all 119 assembly seats.

At a press conference here at the party headquarters, AAP senior leader and Incharge of Telangana, Somnath Bharti said the party has decided to contest the Telangana assembly election which was forced on the state by the TRS leader and Chief Minister K Chandrashekhar Rao.

He alleged that the Modi Government at the Centre and KCR Government in Telangna have “mastered in making false promises and misleading” the public. The objective of carving a separate state of Telangana out of Andhra Pradesh has failed now as a separate state has turned out to be a dream.

He said the caretaker Chief Minister of Telangana Chandrashekhar Rao was entrusted by the people of the state to build strong foundations of the newly formed state but he failed to live up the expectations of the people.

“Chandrashekhar Rao has betrayed the people on every promise made by him before the election”.

Given the circumstances, Telangana needed a strong and aggressive opposition to keep the government accountable to the people, AAP leader said.

He also attacked the Congress party which has been trying to forge an alliance with TDP and CPI and other secular parties.

Bharti said Congress has remained a most “ineffective and spineless” opposition party in the state and AAP wants to give stiff challenge to the ruling TRS.

He claimed that the AAP government in Delhi has brought “miraculous change in health sector, education sector, anti-corruption law, and the latest and the very successful door-step-delivery and many more other fields for public welfare”. The people of Telangana wants the same services to be rendered in their state, he said.

However, political observers feel that AAP ‘s decision to contest the Telangana assembly election is puzzling as it has no considerable base in this southern state.