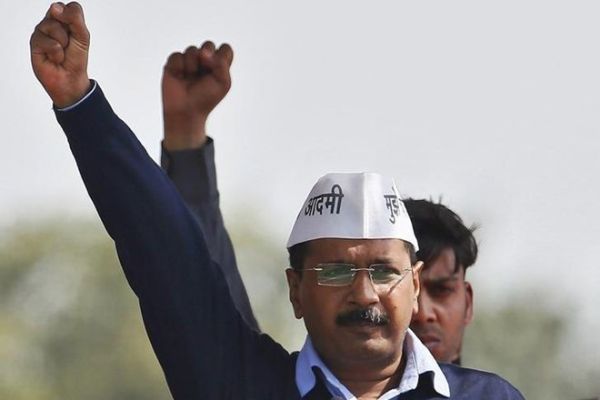 Only a miracle can prevent the Aam Aadmi Party (AAP) from finishing on top in the Punjab assembly election, irrespective of how many seats it ultimately bags. But miracles do happen.

For a party born only some four years ago, the AAP — India’s youngest political outfit — now exists in every nook and corner of the largely rural state. This itself is no mean achievement.

Even those not sympathetic to the AAP admit that Punjab will see a serious three-way contest for the first time — even if Deputy Chief Minister Sukhbir Baldal keeps joking that AAP will get no more than 10 seats.

The Punjab election is crucial for the AAP and its leader and magnet Arvind Kejriwal, the Delhi Chief Minister.

A possible loss will make many say that the sweeping Delhi victory in February 2015 was a fluke and perhaps an isolated urban phenomenon. But if the AAP takes over Punjab, it will mean much more.

A Punjab win will add to the AAP’s stature as a growing party, one capable of expanding its wings against great odds, evident by the way it has been boxed in by the central government in Delhi.

A Punjab victory would not only boost the AAP’s confidence in the other states it is eyeing but also increase its stake in a larger number of Lok Sabha seats in 2019.

Precisely for this reason, the Modi administration will want the AAP to lose Punjab — and badly. A Congress win will also be problematic but will be a lesser evil in the given circumstances.

Journalists from Delhi who visit Punjab are returning with more or less a unanimous view that an AAP defeat is very difficult if not impossible.

But many are also coming with an ominous message delivered off the record by BJP’s Punjab leaders: AAP won’t be allowed to win — at any cost.

On its part, the Congress keeps parroting that an aggressively anti-Modi Kejriwal — as AAP chief — is no good news for Punjab. The point doesn’t have too many takers, in part because of Kejriwal’s personal popularity.

So how can the AAP be tripped? Some signs are evident.

Already Kejriwal has become a persona non grata in many television channels — unless he can be shown in bad light. This could not have been possible without someone directing it all.

When Kejriwal hurls accusations against Prime Minister Narendra Modi, he gets virtually no publicity in the electronic media. But the same channels are generous if Rahul Gandhi makes the very same charges.

Recent developments in Delhi leading to the abrupt resignation of Lt Governor Najeeb Jung indicate that the Modi government may be planning to arrest one or two AAP ministers.

This could happen ahead of February 4 — when Punjab votes along with Goa, the only other state where the AAP is contesting.

Irrespective of what finally happens to the arrested ministers, the corruption charges will be used to undermine the AAP’s appeal as an outfit different from the established parties.

The argument will be: if the AAP is no different, why not try known devil Congress if the Akalis are indeed bad?

By arresting AAP ministers, the Modi government will also attempt to cripple the movements outside Delhi of Kejriwal, who is a key — although not the party’s sole — vote catcher.

Can Kejriwal himself be arrested — on some spurious charge?

Some months back Sukhbir Badal said he had forwarded to the Union Home Ministry “evidence” that the AAP had links with Khalistani terrorists and that Khalistanis were backing the AAP.

When I wrote in July 2015 (just five months after Kejriwal took office) that an opinion in Delhi favoured toppling the Kejriwal government, most people thought it was preposterous.

But if this happens now, not many will be surprised. Keep your fingers crossed till Punjab and Goa vote.

(M.R. Narayan Swamy is a senior journalist. The views expressed are personal. He can be reached on narayan.swamy@ians.in )—IANS