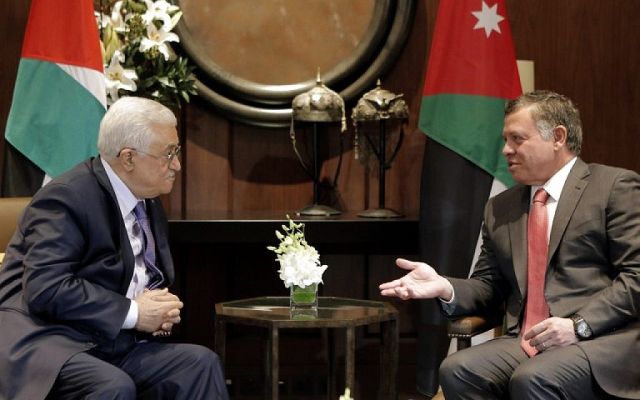 Ramallah : The Palestinian authorities has said President Mahmoud Abbas will hold a summit meeting with Jordanian King Abdullah II in Amman next Wednesday.

The announcement was made on Monday by Saeb Erekat, secretary general of the Palestine Liberation Organization (PLO), in his statements to the official Palestinian radio station Voice of Palestine, Xinhua news agency reported.

The meeting is part of the ongoing consultations between Abbas and Abdullah II, Erekat said.

The two leaders will discuss the latest developments, including a possible Egypt-brokered truce between Israel and Hamas, and the humanitarian aid to Gaza, a prelude to the implementation of the US “Deal of the Century” rejected by Palestinians.

Abbas will “hold more contacts with Arabs in order to consolidate the Arab Palestinian position, rejecting US President Donald Trump’s measures toward the Palestinian cause,” the PLO senior official said.

He also urged Hamas to accept the national reconciliation and allow the Palestinian unity government to take over Gaza.

“Israeli Prime Minister Benjamin Netanyahu would use the division as a loop hole to implement the US ‘Deal of the Century,'” Erekat warned.

More than one agreement on Palestinian national reconciliation had been reached under the sponsorship of Saudi Arabia, Qatari and Egypt, but none of them achieved a tangible breakthrough to end the division since Hamas violently seized control of the coastal enclave in 2007.

The Palestinian Authority has been boycotting the Trump administration since he recognized Jerusalem as Israel’s capital and moved the US embassy to the disputed holy city.

The PLO has repeatedly accused the “Deal of the Century” of falling way short of Palestinian aspirations for lasting and just peace in the region.