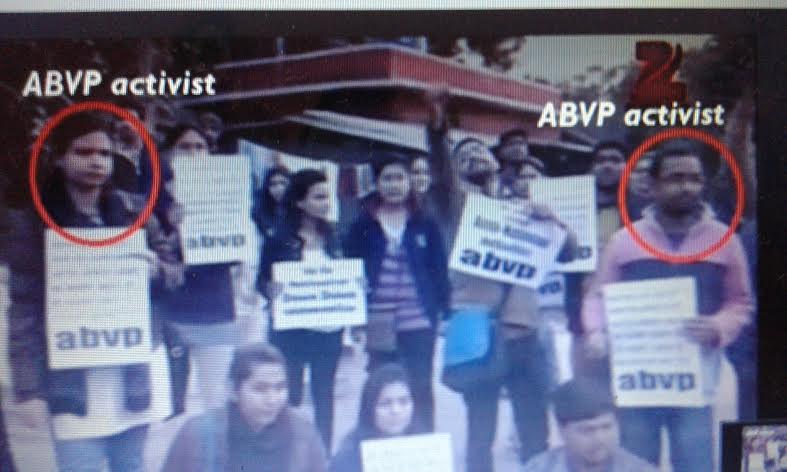 New Delhi, Feb 13: The video clip which was shown by a TV channel repeatedly  showing a group of students shouting  pro Pakistan slogans on Feb 9 evening at  Jawaharlal Nehru University  (JNU) has become a proof  against the ABVP  members themself as the same people were spotted protesting  Friday at India Gate against ‘anti-national slogan shouting in JNU campus’.

A video named ‘Theconspiracy’  which has gone viral on You Tube shows the  members ABVP , a   BJP affiliated students wing  shouting pro Pakistan slogans.  Interestingly a  pro BJP TV channel has  repeatedly shown the same video and declared the prestigious learning centre   JNU as ‘anti -national’ in its reportings.

The video also tells that what media is showing in incomplete, biased and sensational.

How a TV channel went to cover a student’s event the campus is a matter of surprise.

Ironically Delhi Police on Friday arrested JNUSU president Kanhaiya Kumar in a case of sedition and criminal conspiracy over an event at Jawaharlal Nehru University  (JNU) against the hanging of Parliament attack convict Afzal Guru.