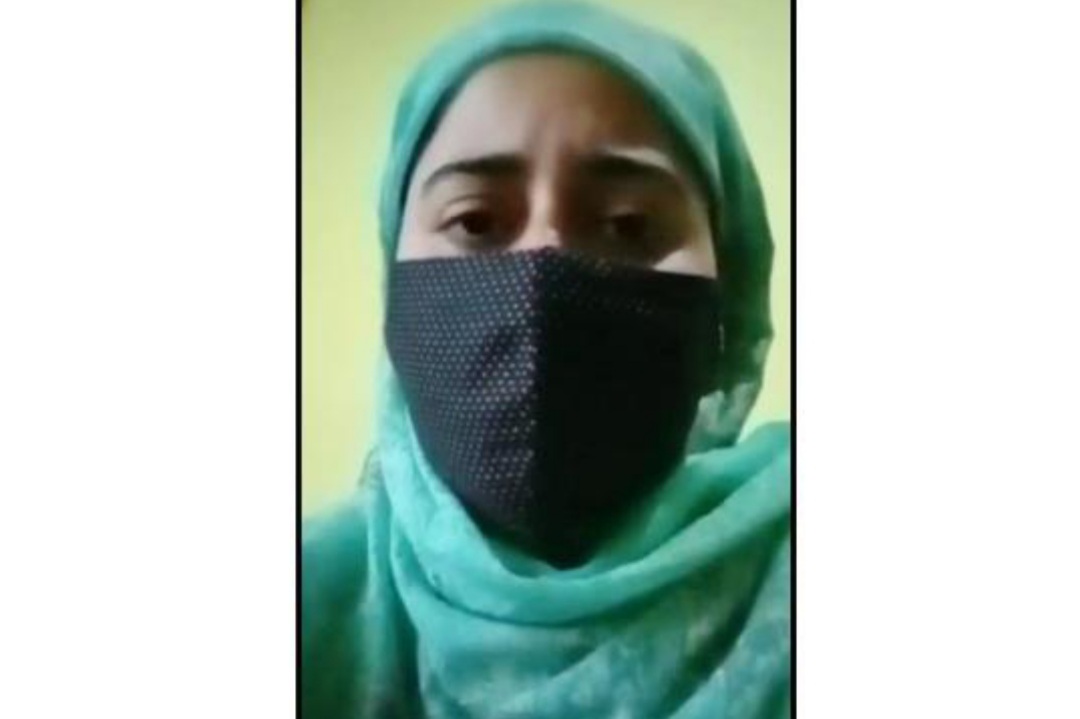 Srinagar : Following protests in Jammu and Kashmir by Sikh groups saying that two women in Srinagar were “kidnapped, converted, and married” to men of a different religion, one of the ladies has denied the allegations, claiming that she married the man of her own free will.

In the video, viral on social media, the woman says that she is ’29-years-old and not a child’ and that the she was “not forced by anyone” for marrying a man from a different religion and she did it out of her own free will.

“Don’t bring religion or minorities into it; I am aware of my rights as granted by the Supreme Court of India,” the woman says in the video.

The woman said that she converted to Islam in 2012 and married her batchmate Muzaffar in court and with consent in 2014.
Sikh groups, however, made accusations that the woman was forced to convert and marry at gunpoint.

Akali Dal Leader Manjinder Singh Sirsa led a protest in Srinagar on Sunday, he alleged that the woman was kidnapped, forcibly converted and married to a elder man from a different religion.

A Sikh delegation also met the Lieutenant Governor of Jammu and Kashmir over the issue. Speaking to NDTV, Manijnder Sirsa said, “Home Minister Amit Shah has assured us about the safety of minority Sikh girls in the valley and that the girls would be soon returned to their families. He has given time to meet the Sikh delegation soon to discuss their concerns.”

Former Chief Minister of the erstwhile state, Omar Abdullah, in a tweet, said, “Any move to drive a wedge between Sikhs & Muslims in Kashmir will cause irreparable harm to J&K… I hope the authorities will move quickly to investigate the recent cause of tension and if anyone has broken the law the case should be prosecuted and necessary punishment handed out.”

Grand Mufti of Jammu and Kashmir, Mufti Nisar ul Islam said that Sikhs are part and parcel of Kashmiri society and that there is no place for “forcible conversion in Islam”.

“First of all, there is no place for conversion by force in Islam. Conversion to Islam has to be by one’s conviction and choice without any force or compulsion,” Mufti Nasir said.

“No one will be allowed to play with the faith of Sikh brethren. There should be strict action against wrongdoers,” he added.

“The onus is on the majority community. Have lived together for decades and centuries. Have loved each other. It is time to not allow any divisive and subversive element to sow seeds of discord. Maturity demands that majority plays its constructive role. Cement the bond. Unity,” senior journalist Gowhar Geelani tweeted.