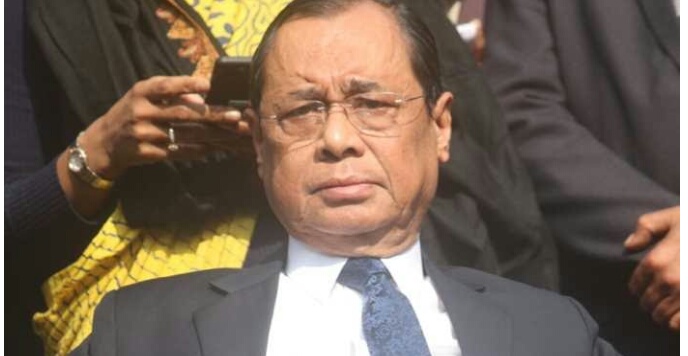 New Delhi, April 15 (IANS) The Supreme Court on Monday told the Election Commission to respond immediately to hate speeches after the poll panel said it was “toothless” and “powerless” when the model code of conduct was violated.

In a sharp jibe at the Election Commission counsel, Chief Justice Ranjan Gogoi said: “This is something you are duty bound to do. You have to be prompt, you have to act immediately. You can’t drag it.”

The court agreed to examine the statements made by BSP chief Mayawati, Uttar Pradesh Chief Minister Yogi Adityanath and others.

A bench of Chief Justice Gogoi and Justices Deepak Gupta and Sanjiv Khanna put the matter for consideration on Tuesday. The court sought the presence of the Election Commission official during the hearing.

Taking up a petition filed by NRI Harpreet Mansukhani, the bench sought to know from advocate Amit Sharma, appearing for the EC, regarding the nature of action that shall be initiated against the politicians for alleged hate speeches or statements seeking votes on the basis of religion or caste.

The Election Commission informed the court that its power was circumscribed and so it could only issue notice, then an advisory and lodge a criminal complaint on repeated violations.

The counsel for the poll body said it was “toothless” and “powerless” against hate and religious speeches made during the elections.

The apex court said that then it was appropriate to examine the scope of powers of the poll panel that is also a constitutional body.

The EC counsel said that in cases of complaints, it issues notice and seeks reply regarding the violation of the model code of conduct.

“We ask them to be careful and issue an advisory.”

The counsel replied that it does not have power to de-recognise or disqualify the offending person. And if the candidate continues to to violate the Model Code of Conduct, then the poll body can file a compliant.

Senior advocate Sanjay Hegde, appearing for the petitioner, contended that the Election Commission already had vast power under the Article 324 of the Constitution.

The bench enquired from the EC counsel what action did it take against Adityanath on his statement on ‘Modiji ki Sena’ (Modi’s Army).

The EC counsel said the matter was closed after his explanation but there were two matters wherein both Mayawati and Adityanath had to respond by April 12.

The petitioner pleaded before the court that it should take strict action against political parties if their spokespersons or leaders made speeches or make remarks in media specifically on religion and caste.

The petitioner requested the court to set up a committee under the chairmanship of a retired Supreme Court judge to monitor the election process and the Election Commission.

The petitioner informed the court that EC, in a historical perspective, was yet to act against political parties, although, under the Representation of the People Act, 1951, this was permissible.