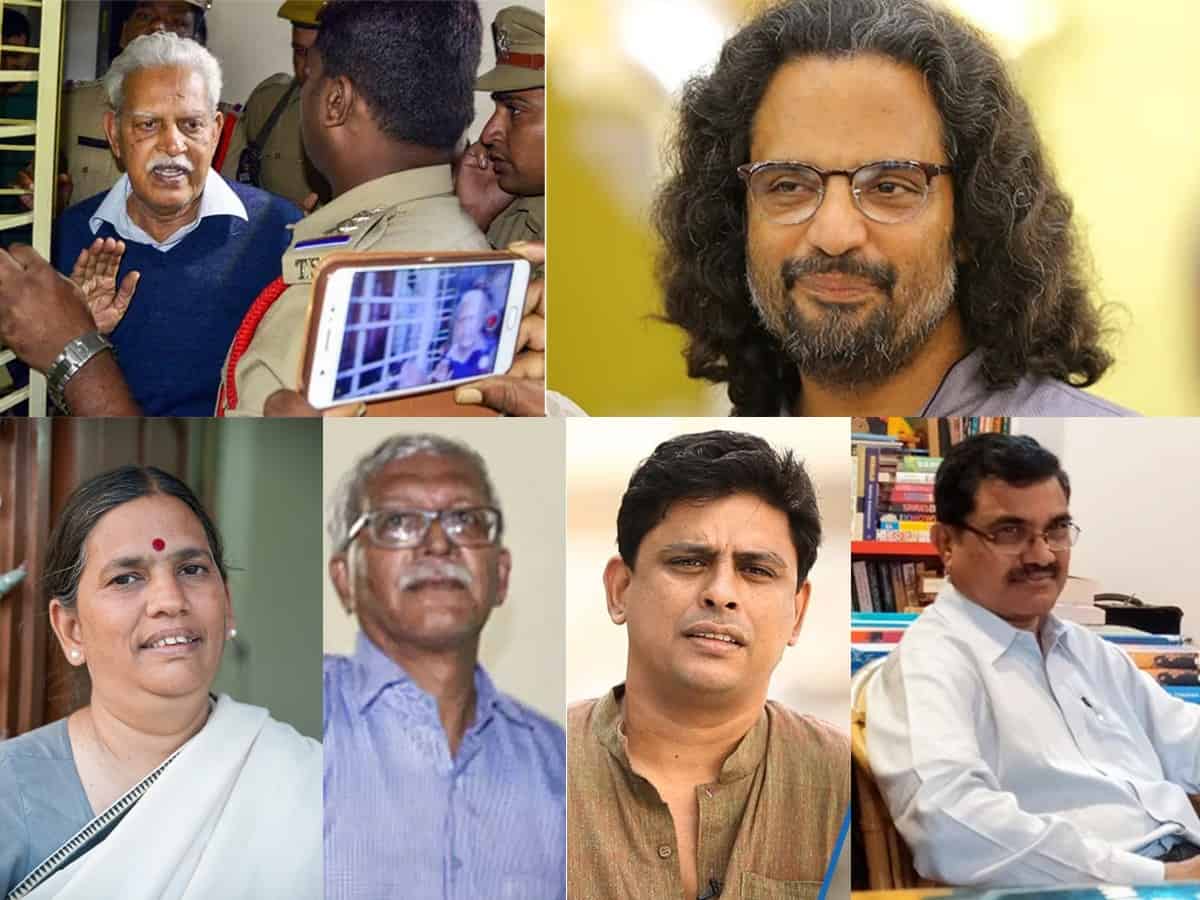 New Delhi: Over 100 academics, activists, and writers have issued a statement demanding immediate and unconditional release of people arrested in the Bhima Koregaon case. They condemned the prolonged incarceration of the accused.

”With the revelations in the Pegasus Project, it is clear that 8 of the 16 were under surveillance for several years before their arrest,” the statement said.

Moreover, the Arsenal Consulting reports show how evidence was planted in the devices of at least two of the arrested. The revelations have unambiguously exposed the extent of illegal military-grade surveillance on the arrested, their families, colleagues, and friends, it added.

”While the perpetrators of violence against Adivasis, Dalits, Muslims, women, workers, peasants, marginalised sexualities and oppressed communities enjoy the protection of the state, those incarcerated in the case are publicly maligned, implausible plots and political intrigue are ascribed to them and then the draconian UAPA is invoked to deny them bail,” the statement said.