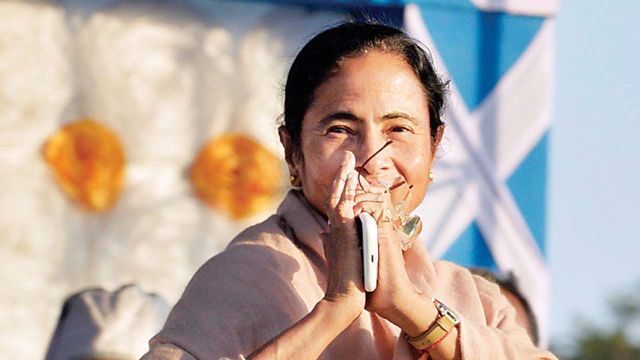 Kolkata: In a honest admission, West Bengal BJP chief Dilip Ghosh has said that Mamata Banerjee, the chief minister of West Bengal, has the best chance to become the prime minister. Ghosh made the remark while extending his birthday wishes to the Bengal chief minister today.

“I would like to extend my wishes for our CM. I pray for her health and success in life because the fate of our state depends on her success. We want her to be fit so that she can work well. She needs to remain fit because if there is any Bengali who has the chance to be the PM from this state, she is the one. So she must remain healthy,” he said.

When asked if anyone from his own party had the chance to be the PM, the BJP leader said that Mamata Banerjee was ahead in the race right now.

“We can surely have one after her. But she has the first chance. Her name is at the number one spot in the list now,” Ghosh said, while adding that Communist Party of India (Marxist) stalwart Jyoti Basu once came close to becoming the prime minister but was never allowed by his party.

“We lost out on Jyoti Basu [former chief minister of West Bengal] as his party didn’t allow him. Honorable Pranab babu became the President so a Bengali should now be the PM,” he added

(With inputs from India Today)