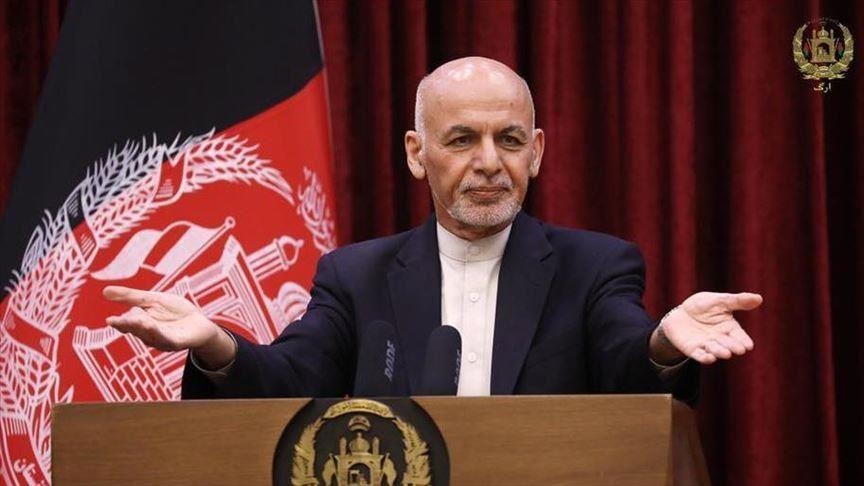 KABUL, Afghanistan: Afghan President Mohammad Ashraf Ghani on Tuesday blamed the Taliban for the raging bloodshed and destruction while ruling out surrendering the government to the advancing insurgents.

Addressing a Cabinet session, Ghani said there was no “secret deal” or surrendering the government to the Taliban under consideration.

“When the US announced its exit plan, I had said that Pakistan and the Taliban should take their decisions. They chose to (wage) war. … Now, the responsibility of all the destruction and bloodshed lies on their shoulders and their backers,” he said, adding that the Afghan nation will now stand against Taliban after insurgents and its backers chose war over peace.

Kabul has long charged Pakistan for supporting the Taliban insurgents, a charge rejected by Islamabad.

“We live with dignity, now is the time for courage, determination, and pride,” the presidency quoted Ghani as saying.

Earlier, claiming to retake 14 lost districts from the Taliban, Hamdullah Mohib, the Afghan national security adviser, said overstretched air force in the wake of US withdrawal was the reason for the fall of many such districts in the past weeks.

He told a news conference in Kabul that 14 lost districts have been retaken from the Taliban and the rest of the lost areas would also be taken back as efforts to streamline and consolidate the Afghan Air Force gains momentum. “Next week, we would receive seven more military helicopters from the US, which would further strengthen our air force,” he said.

According to the Afghan Defense Ministry, 261 Taliban were killed and 206 others wounded in counter-terrorism operations in the past 24 hours.

On their part, the Taliban on Tuesday claimed capturing five more districts in Nimroz, Badakhshan, Badghes, and Baghlan provinces.

In the wake of the US withdrawal, the Taliban are on an assaults spree nationwide overrunning more than 50 districts as the Afghan Security and Defense Forces assert claiming more than 100 insurgents in counter-terrorism operations on daily basis.-AA