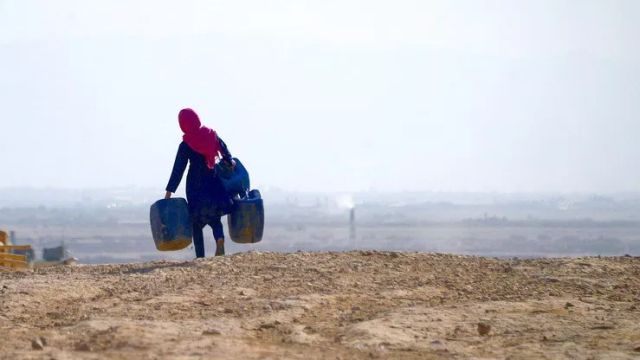 Geneva : UN officials and agencies on Tuesday spoke of exceptional levels of drought in Afghanistan affecting millions of people in the country.

The UN refugee agency, UNHCR, said at a later briefing that a series of airlifts have begun to western Afghanistan, bringing thousands of tents for people displaced by a mix of conflict and the ongoing severe drought.

“Together the drought and ongoing conflict have seen over a quarter of a million Afghans being displaced in this region of the country since April,” said UNHCR spokesperson Babar Baloch.

At the same briefing, Alison Parker, chief of communication in Afghanistan of the UNICEF, UN Children’s Fund, said that “2019 will mark 40 years of conflict in Afghanistan — four decades that have left a terrible impact on the country’s children”.

She said this year has been especially challenging: “A spike in violence, unprecedented levels of drought and food insecurity, increased poverty, and fledgling social service systems are taking a disproportionate toll on children.”

Parker said some six million people in Afghanistan need humanitarian assistance, over half of whom are children.

She said the more than three million children are out of school, 60 percent of whom are girls.

“Severe acute malnutrition among children is among the highest globally, with about half a million children affected,” added Parker.