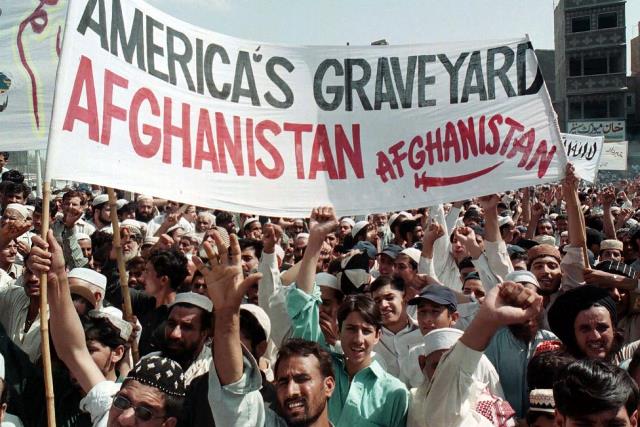 No sooner the US forces are vacating Afghanistan, after their ceaseless war for around two decades, there are also reports that US is getting into a hard deal from other regions too, from where US has also raged a war for around the same time. It was in 2001 when US invaded Afghanistan followed by Iraq and later created a quagmire of bloodshed in Syria. US has announced to fully evacuate Afghanistan by September 11 with the exception of around 1000 of its army men to guard its embassy in Kabul. But, the report from Afghanistan is that Afghan Taliban (AT) are gaining more and more control in districts all across Afghanistan due to which India too had to close its consulate in Kandahar. India does not have a single diplomat in Kandahar, Herat, Jalalabad and may close its consulate from Mazar-e-Sharif too.

No wonder the US receding from Afghanistan is making the resistance forces getting emboldened in the Iraq and Syria region also, as according to Reuters on July 8 1 that ‘two people were slightly wounded in the rocket attack on the Ain Al-Asad air base in western Iraq, said coalition spokesman US Army Colonel Wayne Marotto. The rockets landed on the base and its perimeter. He said earlier that three people were wounded. Two rockets were fired at the U.S. Embassy inside Baghdad’s Green Zone early on Thursday, Iraqi security sources told Reuters. In the same report it came to light that in Syria too US is now getting a hard time as attacks on US installations are  getting unprecedentedly high. ‘US diplomats and troops in Iraq and Syria were targeted in three rocket and drone attacks in the past 24 hours, US and Iraq officials said on Wednesday, including at least 14 rockets hitting an Iraqi air base hosting US forces, wounding two American service members.’

US perhaps had not expected a volte face from Pakistan as its PM Imran Khan termed ‘absolutely not’ for allowing a US military or an air base inside Pakistan. This posture from Pakistan could come only when China and Russia stood to it, in their offensive against US. Imran Khan before his ‘absolutely not’ remark had refused to meet CIA Chief William Burns as the latter was on his secret visit to Pakistan. The latest conflagration of Israel and Hamas also had to be halted after 11 days owing to Russia and China going by the side of Palestine and US strongest ally Israel in the Middle-East had to comply with a ceasefire. US is trying hard to look-up for military bases in Tajikistan and Uzbekistan and is yet to find a positive result as Russia has warned-against-it.

US therefore is surely into its downward spiral mode which is being debated all across the world. It came from SputnikNews on July 11 2 about the escalating situation in Iraq and Syria apart from what is going-on in Afghanistan. The article debated as to how ‘ American diplomats and troops stationed in Iraq and Syria were targeted in three rocket and drone attacks in 24 hours, US and Iraq officials said on 7 July, including at least 14 rockets hitting an Iraqi air base hosting US forces, with no immediate claims of responsibility for the strikes.  US President Joe Biden, whose current policy decisions are part of a move to pivot away from America’s decades of war in the Middle East, has come under fire from a growing chorus of Republicans. Some Grand Old Party (GOP) members have lambasted his lackluster response to  a spate of recent attacks against Americans in Iraq and Syria. Biden was criticized for just two retaliatory strikes that were cited as failing to do much to deter Iranian proxies ( in Iraq and Syria) held responsible by Washington for the attacks. “Iran-backed militias’ continued assault on US personnel in Iraq cannot be tolerated. President Biden must put forward a real strategy for deterring and ending these attacks, rather than continuing his bare-minimum, tit-for-tat approach that is failing to deter Iran or its militias and puts American lives at increased risk,” Oklahoma’s Republican Senator Jim Inhofe, on the Armed Services Committee, was cited as saying in a statement to POLITICO. Former defense officials urged the President to “be consistent” in responding to the attacks.’

The developing situation in Afghanistan is very minutely observed in India as India is said to have invested more than a 3 billion USD projects in various projects in Afghanistan and which all seem to go astray. According to TOI on July 11 3 ‘India’s investment seems sinking in Afghanistan, warns Pakistan army,’ said the headline while the report observed that ‘New Delhi and Kabul share deepened economic and trade links despite uncertainties about achieving a political settlement to the lingering conflict in Afghanistan’. The Salma Dam which is commonly known as Afghan-India Friendship Dam in Herat province, was monitored by 16 security personnel who all have been killed by AT, reported Business Standard on July 6 4  that ‘It has a water storage capacity of 640 million cubic meters and an irrigation capacity of 2,00,000 acres of farmland from the Chishti Sharif District of Herat to the Zulfiqar area on the Iran Border. This dam has been India’s most expensive infrastructural project in Afghanistan in recent years.’ Perhaps, this may have been the prime reason for Indian staff to leave from Herat consulate.  It is ironic that US too in its last 20 years of occupation in Afghanistan had invested $978 billion against AT and thereafter had to retreat, leaving behind a trail of blood and death and also to further ensuing chaos which is the lurking threat to the overall future of Afghanistan.

Let’s see, what becomes the end result of this US flop policy in Afghanistan.