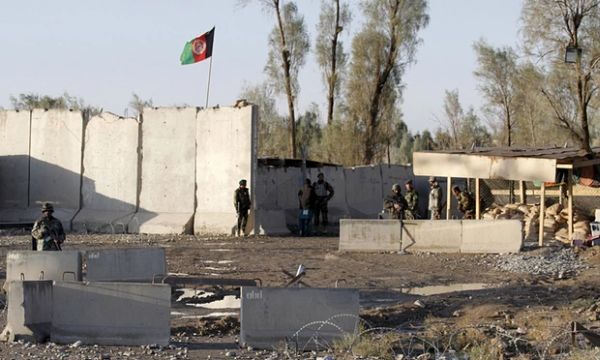 United Nations, Sep 15 : Afghanistan has urged for global action against “state elements” that orchestrate and support terrorism and also lashed out against militants based in Pakistan and their supporters it blamed for the rising tide of “cowardly” attacks on civilians.

“As a strategic imperative, we must move beyond rhetoric and address the enablers of terrorism, including the role of state elements in orchestrating and facilitating the growth of terror,” Afghanistan’s Permanent Representative Mahmoud Saikal told the Security Council on Wednesday during a debate.

“The savage attacks in populated urban centres showcased the cowardly behaviour of the terrorist groups and their supporters to compensate for their so-called spring offensive losses,” he said, adding “We have evidence that most of these attacks were orchestrated outside Afghanistan.”

“Last week, we seized two trailer trucks entering Afghanistan from Pakistan with 35,700 kg of ammonium nitrate — an amount nearly twenty times larger than what was used in the Oklahoma city bombing in 1995,” he said.

“Let us take a second to imagine the magnitude of devastation, had the attacks been carried out against us or our allies.”

In the Oklahoma city bombing of a federal building carried out by American terrorists killed 168 people with 680 injured.

Saikal referred to the attack on the American University in Kabul last month and said, “Among the victims were scores of our educated and talented youth who were committed to the rehabilitation of their country.”

“President Ashraf Ghani on August 25 called Pakistan’s Chief of Army Staff and asked for serious and practical measures against the organisers of the attack on the American University in Kabul,” he said.

Surveying the terror attacks this summer in nearly 20 countries, including India and across

“Growing violent extremism and terror worldwide is proof that the current pace of counter-terrorism efforts is at best, lax, compared to the magnitude of the threat,” he said.

“Current efforts remain scattered, slow, and at times static, and have proven incapable to match the sophistication and ever changing tactics of global terror for its eventual defeat.”

“We need to review the state of UN counter-terrorism efforts to identify and address gaps in the implementation, and assess what needs to be done by relevant UN agencies to achieve results and effectively fulfil their mandates,” he added.

(Arul Louis can be reached at arul.l@ians.in)—IANS