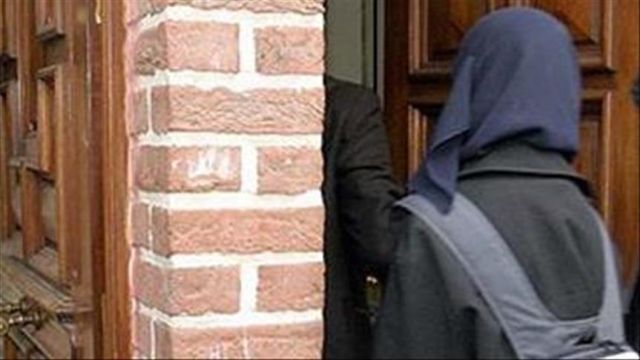 Bengaluru, April 3 Karnataka, which has entered election year, has been witnessing unsavoury developments threatening the law and order situation and attracting international attention for the wrong reasons. At a time when the hijab row seemed to be settling down, the ‘halal’ controversy has erupted across the state.

Elaborate security arrangements are being put in place for Sunday in view of the celebration of ‘Hosa taduku’ (post Ugadi celebration where people feast on meat and wine), following instructions by Chief Minister Basavaraj Bommai to all the Superintendents of Police and District Commissioners of the state.

With Hindu organizations carrying out campaigns for boycotting halal meat and the ruling BJP ministers openly endorsing it, the situation is turning ugly. Hindu organizations are prevailing upon the majority Hindus to buy only ‘jhatka’ meat, making it a halal cut versus jhatka cut meat in Karnataka.

Former Chief Minister H.D. Kumaraswamy has slammed the halal controversy as the roadmap of the ruling BJP to get 150 seats in the upcoming elections. Litterateurs have written warning the government over the communal agenda while Biocon Chief Kiran Mazumdar Shaw has warned that if communal exclusion affects the IT-BT industry, India would lose its global leadership.

Right Wing thinker Chakravarthy Sulibele explained to that the campaign is necessary as Muslims are bringing economic exclusion in every industry. “We have to hit where it hurts. Muslims should rectify their mistakes and live cohesively with Hindus like they did 50 or 100 years ago,” he stated.

Former Advocates Union President A.P. Ranganath, who has headed a group of advocates who lodged a complaint against Hindu activists for propagating the halal cut ban, told that what is happening in the state is not a good development. “Karnataka was a peaceful state. Now, if action is taken against these few persons who are carrying out a divisive agenda, everything would settle down,” he said.

These activities are being carried out by very few people, less than 3 per cent. If legal action is initiated against these 5 to 6 leaders, the hate campaign would stop. We are proceeding stage by stage. We will continue to pressurise the government. There should not be any force. It should be left to the individual to eat halal meat or otherwise. If the government does not initiate action, there are the courts, we will proceed legally against the government,” Ranganath stated.

Shashikala Jolle, Minister for Muzrai, Wakf, said that a decision would be taken by the Chief Minister regarding the halal meat issue. “Like the halal cut, jhatka cut should also be there. We are with the Hindu organizations who are pushing for the jhatka cut.”

In the halal cut the animal’s throat is slit and the meat is used after the blood is drained. It is being done as per the tradition of Islam. The jhatka cut is a traditional Hindu way of preparing meat. The animal is killed at once and the meat is prepared.

The whole controversy arose after Muslim traders observed a bandh protesting against the Karnataka High Court verdict on the hijab. The court had dismissed the petitions seeking permission to wear the hijab in classrooms and also stated that the hijab is not an essential practice of Islam.

In response to the strike, Hindu organizations started propagating a ban on Muslim merchants inside temple premises and religious fairs. Soon after, the campaign to ban halal meat by Hindu activists also gained momentum.

The ruling BJP issued a circular to all meat sellers not to torture animals and mandatorily follow the ‘stunning’ process while slaughtering an animal. In the process of stunning, the animal is rendered unconscious before being slaughtered. This order is likely to create a huge controversy in the state as Muslims are mandated by their religion to use only the meat prepared through the halal process.— IANS