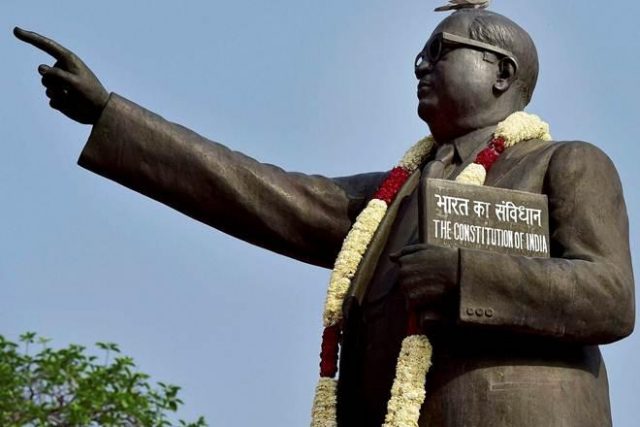 Agra: The Uttar Pradesh culture directorate has directed the Agra district administration to replace the older of the two life-size statues of Ambedkar with that of Deen Dayal Upadhyay in the premise of Agra Municipal Corporation (AMC).

The order was issued by deputy director Ajay Kumar Agarwal dated on April 24; in which Agarwal directed the Agra district magistrate and senior superintendent of police to keep maintain the law and order situation in case of any aggression after the installation of the statue.

In his letter to the senior superintendent of police, Agarwal’s has given the reference to one of the local BJP MLA Jagan Prasad Garg, who proposed this idea.

Here, the local BJP MLA Jagan Prasad Garg has recently written a letter to chief minister Yogi Adityanath, requesting him that one of the two statues of Ambedkar be removed and replaced with the leader of Bharatiya Jana Sangh.

The Dalit community of Uttar Pradesh is not taking this move in a positive way and showing their anger towards the BJP for their dual policy for SC/ST communities.

Basically, More than 90 percent of Agra’s civic body is formed of the Dalit community and 24 out of 100 ward councillors are from the Scheduled Caste community.