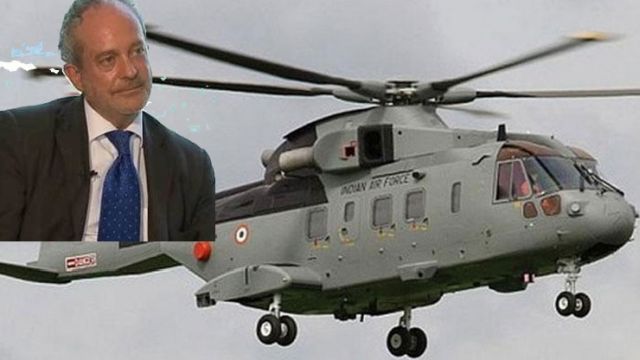 Michel, who was with the Enforcement Directorate (ED) since December 22, was produced before Special Judge Arvind Kumar around 2 p.m. who sent him to judicial custody.

The ED sought his judicial custody in connection with its probe into a money laundering case.

Singh also informed the court that the investigation into Michel’s role had been fruitful.

“We have investigated how hawala cash circulated through multiple bank accounts,” he said, adding that the agency had identified Michel’s properties purchased out of the proceeds of crime.

“During questioning, Michel has given contradictory answers to various questions and he was not able to explain the contradictions,” Singh said.

The ED counsel also said that Michel had received euro 24.25 million and pound 16,096,245 from the AgustaWestland deal.

“During his interrogation, it was observed that he received money for other defence deals,” Singh said.

Michel was extradited to India on December 4 from the United Arab Emirates and the Central Bureau of Investigation (CBI) got his custody till December 19.

Michel was earlier lodged in the Tihar Jail here in a related CBI case after the expiry of his custody with the CBI. He was questioned by the CBI till December 19.

Michel is one of the three middlemen being investigated by the CBI and the ED in the VVIP chopper deal.

In January last year, the ED lodged a request with the UAE authorities seeking extradition of Michel. Both the ED and the CBI had filed charge-sheets in bribery cases in Indian courts and non-bailable warrants were issued against the accused.

Others named in the chargesheet included Giuseppe Orsi, the former chief of Italian defence and aerospace major Finmeccanica, and Bruno Spagnolini, former CEO of AgustaWestland, apart from middlemen Michel, Haschke and Gerosa.