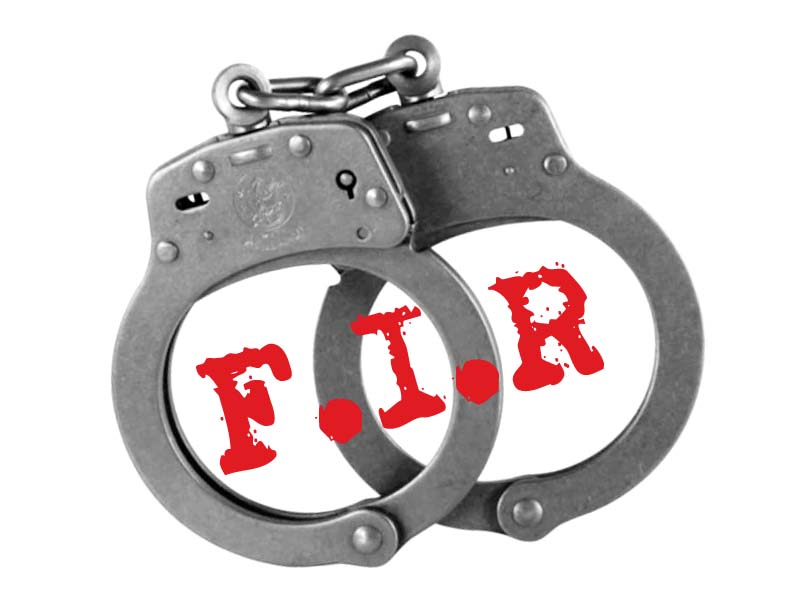 Bulandshahar: The AIMIM and Bhim Army have registered FIRs regarding the alleged attack on them here.

The convoy of Bhim Army chief Chandra Shekhar was allegedly fired upon, late on Sunday night.

Both the FIRs have been lodged at the Kotwali police station. One has been lodged by Chandrapal Singh Gautam of Bhim Army against unnamed persons.

The other FIR has been lodged by Dilshad Ahmad, who is the AIMIM candidate in Bulandshahr. Ahmad has alleged that he was attacked by unidentified persons and was asked to withdraw from the electoral fray

Bhim Army chief Chandra Shekhar had alleged that he was attacked when he was returning after addressing a rally in Bulandshahr district.

Azad said that the convoy he was travelling in, had been fired upon.

“Opposition parties have been terrified of our candidate in Bulandshahr elections and today’s rally worried them, due to which my convoy was fired at in a cowardly manner. This shows their desperation… they want the atmosphere to be toxic but we will not let this happen,” Chandrashekhar Azad tweeted late on Sunday night.

Azad, who is also the convener of the Azad Samaj Party, said his convoy was fired at when members were campaigning for the upcoming by-election.

The incident comes days ahead of the November 3 Bulandshahr by-election.

The SSP said there was information about a mutual conflict between workers affiliated to the candidates of Azad Samaj Party and AIMIM.

The police official said reports about an attack on Chandra Shekhar’s convoy are yet to be confirmed.

The by-polls in Uttar Pradesh for seven seats, including the Bulandshahr one, mark the political debut of the Bhim Army which has, till now, remained a quasi-political outfit.

Chandra Shekhar has named Haji Yamin as his party’s candidate for the Bulandshahr bypoll and his Azad Samaj Party is also contesting as many as 30 seats in Bihar under the Progressive Democratic Alliance (PDA) banner, which will be led by the Jan Adhikar Party of Rajesh Ranjan a.k.a. Pappu Yadav.

Chandra Shekhar has been a fierce critic of the Uttar Pradesh government over the alleged gang rape and torture of a Dalit woman in Hathras last month, and its track record in protecting people from the marginalised communities.