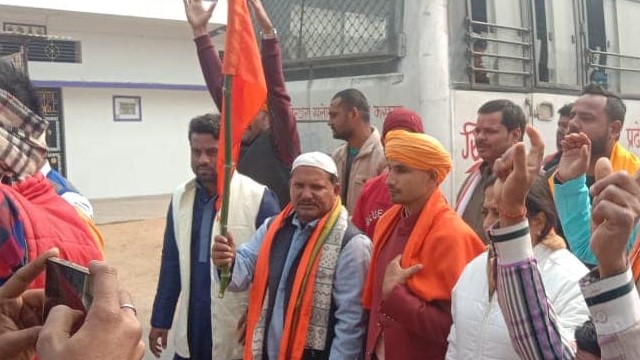 All India Majlis-E-Ittehadul Muslimeen (AIMIM) has revoked the candidature of Mohammad Shamim Ansari aka Bhola Netaji who is considered close to BJP leaders and had collected donations for Ram Temple. The party has taken the decision in the wake of growing criticism for giving him a ticket from Uttar Pradesh’s Phephana constituency.

“This person is against the ideology of the party… So, the candidature of Mohammad Shamim (Bhola Netaji] from the Phephana constituency is revoked,” AIMIM Uttar Pradesh chief Shaukat Ali said in a statement.

Shamim is known to have participated in the donation campaign for Ram Temple. He had also praised and congratulated Narendra Modi over his victory in 2019 parliamentary elections.

Ali said that Shamim was made a candidate on the basis of the “knowledge or ignorance” of AIMIM’s Ballia district president Amanul Haque.

In the statement, Ali added that Haque has been suspended from the party for five years due to his “lapse” and the AIMIM unit in Ballia district has been dissolved with immediate effects. “A new committee will be formed and the same will notified soon,” Ali stated.