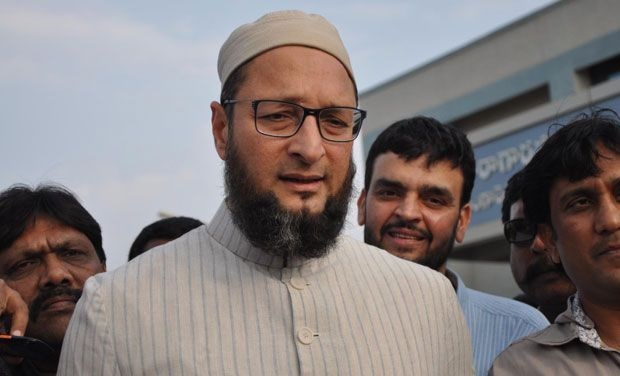 “Candidates belonging to AIMIM will be fielded in the panchayat elections as part the Bhagidari Sankalp Morcha alliance,” said Om Prakash Rajbhar who heads the SBSP.

LUCKNOW — The All India Majlis-e-Ittehad-ul-Muslimeen (AIMIM) will contest the upcoming panchayat polls in Uttar Pradesh in alliance with the Suheldev Bhartiya Samaj Party (SBSP).

“Candidates belonging to AIMIM will be fielded in the panchayat elections as part the Bhagidari Sankalp Morcha alliance,” said Om Prakash Rajbhar who heads the SBSP.

He said the nine constituents of the Morcha will hold meetings at all the 75 district headquarters of the state on January 17.

“After this, a joint rally of the Morcha will be organised. It will be addressed by Owaisi as well as other leaders of the front,” he added.

Uttar Pradesh has a total of 58,758 gram panchayats and as many panchayat heads.

As per a state government notification, the five-year tenure of 58,660 gram panchayats, barring 88 of Gautam Buddha Nagar and 10 of Gonda districts, where gram panchayat elections were held later, ended on December 25.

Replying to a question regard upcoming UP Legislative Council polls, Rajbhar said, “The SBSP will not support the BJP at any cost.”

The SBSP was initially a part of the BJP-led government in the state but Rajbhar was dismissed from the council of ministers by the Chief Minister during the 2019 Lok Sabha elections.

At present, the SBSP has four MLAs in the 403-member UP Assembly.