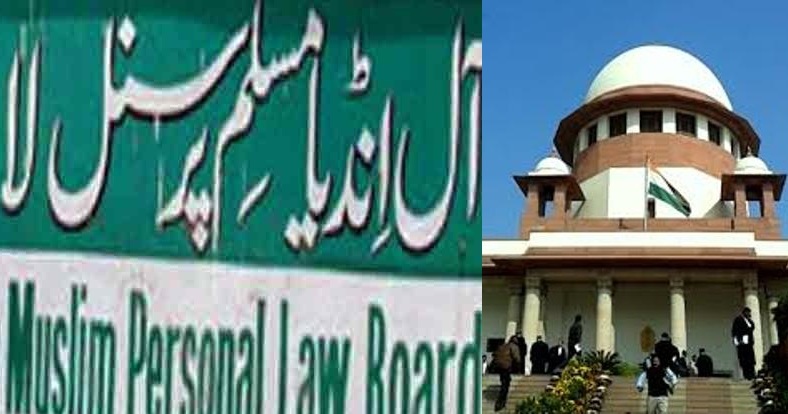 NEW DELHI : Two days before the hearing on petitions against Places of Worship (Special Provisions) Act, the All India Muslim Personal Law Board (AIMPLB) has submitted a fresh plea urging the Supreme Court to not interfere with the 1991 Act, citing disturbances in the law and order situation.

“Sequel to those riots our country has seen a carnage that occurred in February 2002 in burning of the coaches of Sabarmati express followed by the systematic carnage of Muslims in Gujarat. The salutary object of the Act is to prevent such disturbance of public order and to maintain public peace and tranquillity and strengthen basic feature of secularism,” said the plea, seeking to implead in the matter.

The Muslim body said there appears to be a trend of filing the PIL petitions selectively targeting the issues relating to a particular minority community with the intention to use the pendency of such cases to fuel hate politics on the ground.

“This court must not allow such unregulated PILs which has potential to create uncalled for new items; consequentially leading to publicity stunts for these petitioners,” it said.

It further added that the Act does not violate any cultural rights of any section of the people and it envisages peaceful co-existence and thereby promotes diversity of cultures in our country. “The Act achieves the objective of promoting syncretic culture (Ganga-Jamuni Tehzeeb) which are the basic ethos of Indian culture,” it said, adding that the Act is religion neutral.

The AIMPLB claimed the petitioners are wrecking vengeance on the present generation of the Muslims who had played no part in inflicting such alleged insults on the Hindus of the distant past. “Generally, such controversies are revived by the dominant group against the subservient group which results in the infliction of insult and humiliation of the subservient group. Such revival, far from inflicting the rights of life and liberty of the persons of the dominant group, definitely infringes Article 21 of the persons belonging to the subservient group. Such activities generally are resorted to by non-state actors enjoying tacit support of the present establishment. They are the hands of the present establishment,” it said.

On September 9, the Supreme Court said the petitions against the Act will be heard by a three-judge bench on October 11 and asked the parties to complete the pleadings before the hearing. The top court said the Solicitor General has been granted two weeks to file an affidavit.

On March 12, 2021, a bench headed by then Chief Justice S.A. Bobde had sought the Centre’s response on the plea filed by advocate Ashwini Upadhyay challenging the validity of certain provisions of the law.

Upadhyay’s plea said: “The 1991 Act was enacted in the garb of aPublic order’, which is a state subject (Schedule-7, List-II, Entry-1) and ‘places of pilgrimages within India’ is also state subject (Schedule-7, List-II, Entry-7). So, the Centre can’t enact the Law. Moreover, Article 13(2) prohibits the state to make law to take away fundamental rights but the 1991 Act takes away the rights of Hindus, Jains, Buddhist, Sikhs to restore their places of worship and pilgrimages, destroyed by barbaric invaders.” — IANS

SC asks CBI, Gujarat why they want activist Teesta Setalvad, her husband back in jail