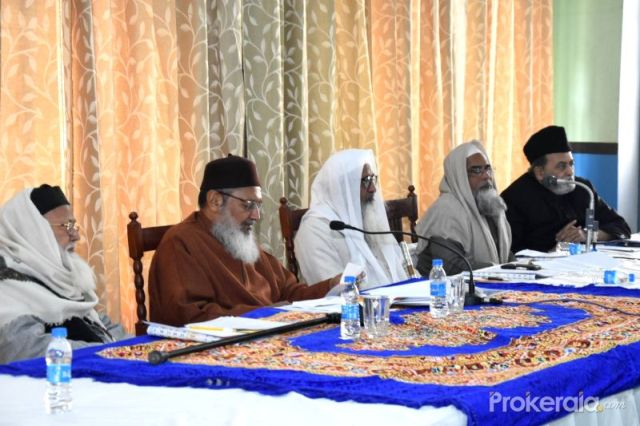 Lucknow : The All India Muslim Personal Law Board (AIMPLB) on Sunday said that it will request Prime Minister Narendra Modi to withhold and withdraw the proposed bill that criminalises the practice of instant divorce.

Criticising The Muslim Women (Protection of Rights on Marriage) Bill, 2017, AIMPLB spokesperson Sajjad Nomani said: “After observing the provisions mentioned in the bill, it looks like that it is a kind of a conspiracy to grab the power of divorce from Muslims.

“If government want to stop triple talaq, then it can take our suggestions. We will help in solving the issues under the constitutional provision of Muslim laws.”

The proposed bill that criminalises the practice of instant divorce,also “empowers” Indian Muslim women by giving them a larger say in dissolving marriages, custody of minor children and the right to seek maintenance from their estranged husbands, according to the the cabinet-cleared controversial legislation opposed by Muslim groups.

The bill defines triple talaq as “any pronouncement (of divorce) by a person upon his wife by words, either spoken or written or in electronic form, or in any other manner”. It proposes to make the practice a punishable offence and is set to be introduced in the Lok Sabha next week.