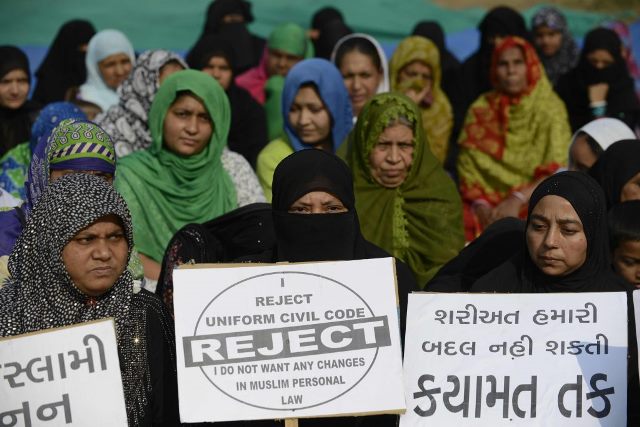 New Delhi: The All India Muslim Personal Law Board (AIMPLB), a representative body of the Muslims, on Tuesday said it welcomes the Supreme Court Judgement on triple talaq  as it vindicates the organisation’s stand and “accords protection to Muslim personal law”.

“As a representative body, we welcome the judgment…The majority (comprising Chief Justice J.S. Khehar and Justice Abdul Nazir, with Justice Kurian Joseph agreeing) has accorded personal laws the status of a fundamental right being protected under the right to practise religion contained in Article 25,” the body said in a statement.

“This is a huge victory for us as the judgment vindicates our stand and ensures the fundamental right of citizens of this country to freely profess and practice their religious faith/beliefs,” it said.

The AIMPLB said the judgment will “ensure non-interference by the courts in matters of practices emanating from religious texts and belief systems” of different communities.

“For a long time, we ourselves have taken steps to discourage this practice through community reform programmes and Model Form of Nikahnama issued by the Board.

“In the affidavit filed on May 22 this year, we had already informed the Supreme Court about our stand for issuing instructions to the Maulvis/Qazis to incorporate conditions in the Nikahnama to provide for the option to the marrying parties to exclude the option of pronouncing talaq in one sitting, in case of divorce taking place,” it said.

The Muslim body said that it will examine the issues emanating out of implementation of the judgment and will work to resolve the same.

The AIMPLB pointed out that the reference to Parliament by Chief Justice J.S. Khehar and Justice Abdul Nazir to address the issue of talaq-e-biddat is “inconsequential being the minority view on this point”.

“The Supreme Court verdict therefore cannot be misused by the government to try to interfere with personal laws through legislation,” it said.

“The Muslim Personal Law Board has been successful in safeguarding the personal laws. It is a historic judgment,” Farooqui told IANS.

“As for triple talaq, we will study the judgment in detail. But we ourselves had tried to discourage it. We gave an affidavit in the Supreme Court to this effect. Also, we had issued an advisory and suggested to Muslims that in the nikah contract it should be written that talaq would not be administered in one sitting,” Farooqui added.