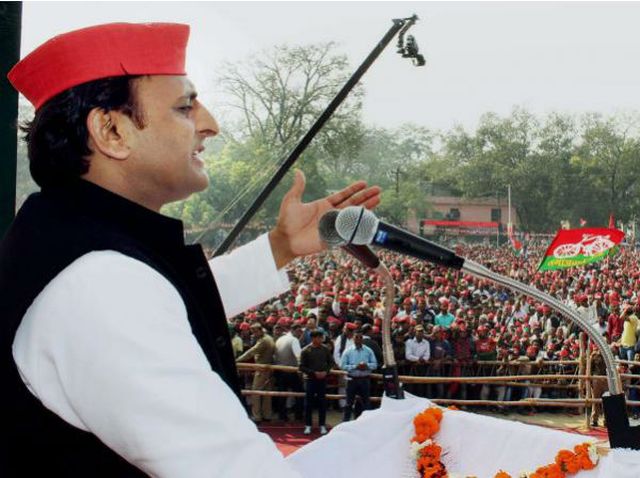 Lucknow : Samajwadi Party President Akhilesh Yadav on Wednesday said the results of Gorakhpur and Phulpur Lok Sabha by-polls give a “message and a direction” to national politics but refused to go into the issue of alliances for the 2019 Lok Sabha elections.

He said the results were a rejection of the policies of the Narendra Modi government at the Centre and the Yogi Adityanath government in Uttar Pradesh and the divisive agenda followed by them as he pointed out that one of the seats (Gorakhpur) belonged to the Chief Minister (Adityanath) while the other one (Phulpur) was vacated by the Deputy Chief Minister (Keshav Prasad Maurya).

Ignoring Congress, which contested in the two seats, the former Uttar Pradesh Chief Minister thanked other parties and leaders including the Nationalist Congress Party, Rashtriya Lok Dal leader Ajit Singh, Nishad Party, Peace Party and the Left parties for their contribution in his party’s victory.

Yadav brushed aside a question as to what the Samajwadi Pary would do on the alliance with the Congress. When pressed further on what are his party’s plans for the 2019 elections, he said there was “still a lot of time” for that.

He also raised questions over the functioning and integrity of the electronic voting machines (EVMs) and said that the margin of victory would have been “in lakhs, not in thousands” had the voting been done through paper ballots.

Yadav also took digs at Yogi Adityanath, saying that the Chief Minister had been “mocking at the Constitution of India” through his words and actions.

“Perhaps there has never been a Chief Minister who mocked at the Constitution like he (Adityanath) has done. On the floor of the House he said that he does not celebrate Eid because he was a Hindu. In the House (legislative assembly) he instructed the police to kill criminals in encounters or even to cut them into pieces if needed,” Yadav said.

“To our alliance with BSP, they said it was an unholy alliance. They even went to the extent of calling me Aurangzeb,” he added.