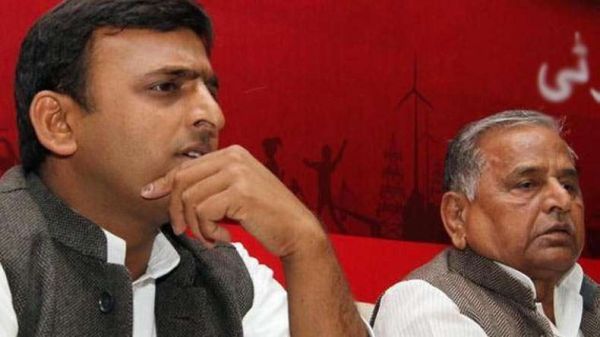 Udayveer had courted controversy by writing a letter to SP President Mulayam Singh Yadav, asking him to step down from the party post in favour of his son and Chief Minister Akhilesh Yadav.

Party sources said the leadership did not take kindly to the “caustic letter” by the young leader, considered close to Akhilesh and whose association with the latter dates back to the Dholpur school days.

In his letter, Udayveer not only claimed Mulayam’s younger brother and senior minister Shivpal Singh Yadav was very jealous of his nephew (Akhilesh), but also that Mulayam’s second wife Sadhna Yadav was involved in ‘jadu-tona’ (occult practises) against her stepson.

The expulsion comes at a time when the Akhilesh camp is already demanding revocation of expulsion of other young MLCs and party leaders shown the door last month.

On Saturday, senior party leaders, including some whose association with the party dates back from the times when it was founded, met Mulayam Singh Yadav and tried to persuade him to call a truce.

A Samajwadi Party insider told IANS that Rajya Sabha veteran Reoti Raman Singh and Beni Prasad Verma were trying to sort out the infighting and act as a bridge between Shivpal and Akhilesh.

“A lot of damage has already been done; party elders are now trying to ensure it does not become an irreversible situation,” a senior minister said, hinting the peace mission was underway.—IANS