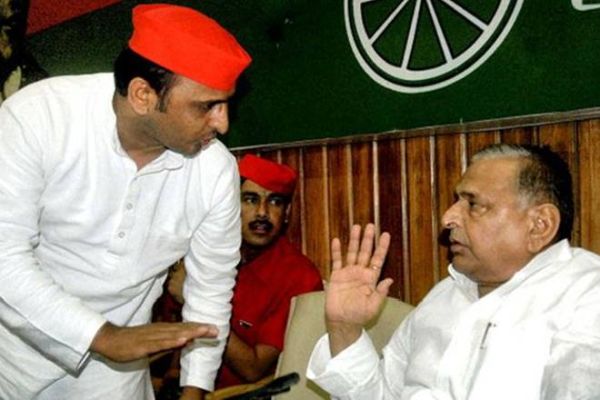 There was a roar of approval when party leader Ramgopal Yadav proposed that Akhilesh Yadav be the new National Working President and also declared that Shivpal Yadav would no more be the state party President.

The special meeting stopped short of expelling Mulayam Singh, saying he would be the party’s “Marg Darshak”.

Shortly after Ramgopal Yadav’s announcements, Akhilesh Yadav declared he continued to regard “Netaji” — as Mulayam Singh is widely known — as his father but spoke harshly against Shivpal Yadav.

Shivpal Yadav, he thundered, had been working against the interests of the party.

“I am ready to sacrifice everything for Samajwadi Party,” Akhilesh Yadav said. And to another roar from the gathering, he thanked everyone who have stood by him in the ugly war within the state’s first family.

He said he had been given the responsibility of returning the Samajwadi Party to power in the country’s most populous state when it goes for fresh elections this year.

Akhilesh Yadav also made it clear that he would take action against those “who act against the party”.

Ramgopal Yadav and Akhilesh Yadav were both expelled for six years from the Samajwadi Party by Mulayam Singh on Friday. The decision was revoked a day later — ahead of the Sunday convention.—IANS