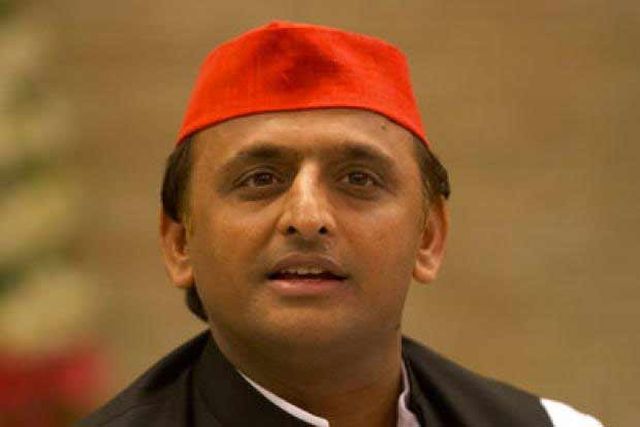 Lucknow: Samajwadi Party President Akhilesh Yadav has been put under undeclared house arrest and a heavy deployment of the police force has been made at the adjoining Samajwadi Party headquarters, Vikramaditya Marg, to prevent the party from taking out Kisan Yatras.

The district administration has put up barricades on all entry and exit points to the Vikramaditya Marg and forces from several police stations have been deployed. The yatra is scheduled to commence around 11 a.m.

Two SP MLCs Udaiveer Singh and Rajpal Kashyap were prevented from moving towards the residence of Akhilesh Yadav, also on the Vikramaditya Marg.

Akhilesh Yadav, meanwhile, tweeted on Monday morning ‘Kadam kadam badhaye jaa, dambh ka sar jhukaye jaa/yeh jung hai zameen ki/apni jaan bhi lagaye jaa ( you must march on, the head of arrogance must be lowered, this is the fight for land, put your life at stake.”

In Kannauj, where Akhilesh was scheduled to lead the yatra, the borders were also sealed off, late on Sunday night.

The Samajwadi Party leaders in the district have been put under house arrest and district officials said there was no permission for such an event in the pandemic.

Though no official was willing to comment on record — either in Lucknow or in Kannauj — a senior official said, “In the Covid times, we cannot allow any congregation of people to take place. All district magistrates and police chiefs have been asked to take call on this.”

The Samajwadi Party had given a call for the Kisan Yatras in support of the farmers’ agitation in Delhi. -IANS