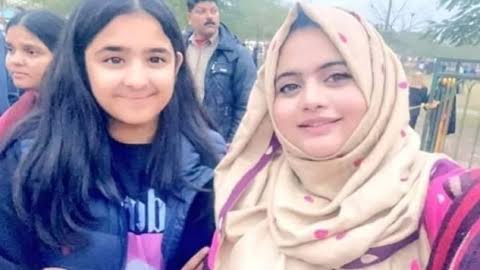 Tina reached the Clock Tower on Sunday, where hundreds of women were sitting on protest against the citizenship laws, and spent time talking to the women.

She was accompanied by her friends. Since she is still not a well known celebrity, no one noticed her presence. It is only when her photo went viral on Tuesday that the matter came to light.

Sources said that since some of Tina”s friends were a part of the protests, she had gone to meet them and even sat with them for some time.

This is the first time that the former Chief Minister”s children have participated in a political event and that too on their own.