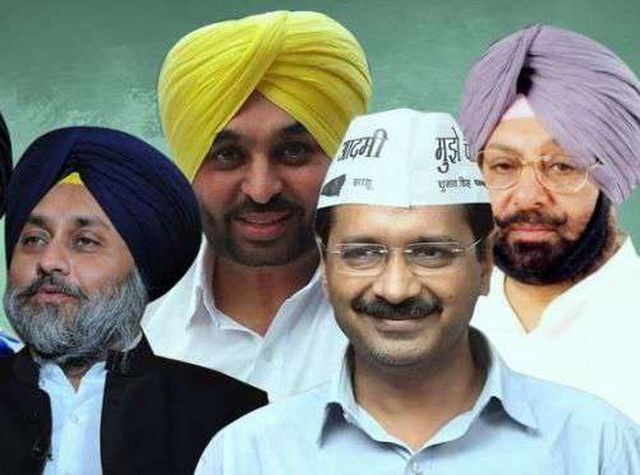 Chandigarh : Politics in Punjab is in “apology” mode these days. The three major parties in the state — the ruling Congress, the Shiromani Akali Dal (SAD) and the Aam Aadmi Party (AAP) — have been bit in one way or the other by the apology bug.

The SAD is, perhaps, the most haunted by the apology word.

Its political move to get the Akal Takht, the highest temporal seat of Sikh religion, to accept the apology of controversial Dera Sacha Sauda sect chief Gurmeet Ram Rahim Singh in 2015 has come back to haunt the party and its top leadership.

The move, at that time, made good political sense to SAD president Sukhbir Singh Badal as assembly elections in Punjab were due in early 2017 and the sect chief could influence votes in the Majha belt (the area south of Sutlej river known for its highly-fertile soil). The SAD was in power (2007-2017) at that time with the Bharatiya Janata Party (BJP) as its junior partner.

The sect chief had a major run-in with the Sikh religion, especially institutions and organisations like the Akal Takht and SAD in 2007 when he was accused of trying to imitate the 10th Sikh guru, Gobind Singh.

The Akali Dal did not benefit much from the apology episode as, for the first time, it finished third in the assembly polls held in February 2017.

The apology for the sect chief and subsequent events of sacrilege of Guru Granth Sahib across Punjab in 2015 put the SAD in a spot then and continues to haunt the party even now. Some Sikh organisations and hardliners have now taken a tough stand against the party.

The ruling Congress, which came to power in March 2017, has also been hit by the apology syndrome after senior cabinet minister Charanjit Singh Channi was accused by a senior woman IAS officer of sexual harassment, as he sent her an indecent message on her mobile phone.

The matter reached the door of Chief Minister Amarinder Singh, who asked the minister to apologise to the officer. Channi continues to face pressure from the opposition, which is demanding his dismissal from the cabinet, saying that if a minister can do such a thing with an IAS officer, how would other women be safe in Punjab.

The AAP, which emerged as the main opposition party in the assembly polls last year, too has not been left out of the apology entanglement.

AAP national convener and Delhi Chief Minister Arvind Kejriwal, who, along with other AAP leaders, had, in the run-up to the assembly polls, often accused former Punjab cabinet minister Bikram Singh Majithia of running a drug racket, ended up tendering a written apology to him to get over with a criminal defamation case filed by him against Kejriwal and others.

The apology by Kejriwal, who had accused Majithia of being a “drug lord”, was given without consulting the leadership of the AAP’s Punjab unit. It left the AAP leaders in Punjab “shocked” but they could do little except for making a few noises here and there.

(Jaideep Sarin can be contacted at jaideep.s@ians.in )