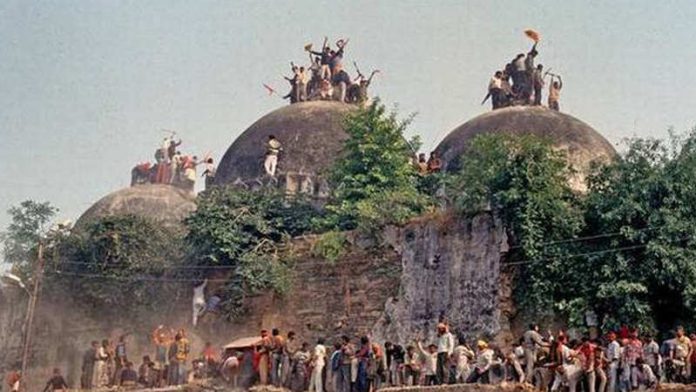 LUCKNOW: A petition has been filed in the Lucknow bench of Allahabad High Court, against the acquittal of all accused in the Babri mosque demolition by the Special CBI court.

The petition has been filed by Haji Mehboob, a petitioner in Ayodhya suit.

The petition has been filed exactly 100 days after special CBI court had acquitted all 32 accused, including BJP veterans L.K. Advani, Murli Manohar Joshi and Uma Bharti in the Babri Masjid demolition case.

Along with Haji Mahboob, 70, Hafiz Sayyad Akhlaq, 80, who deposed during the trial at the Lucknow court has moved the plea. Both their houses, which were in close proximity to the mosque, were torched by a mob on December 6, 1992.