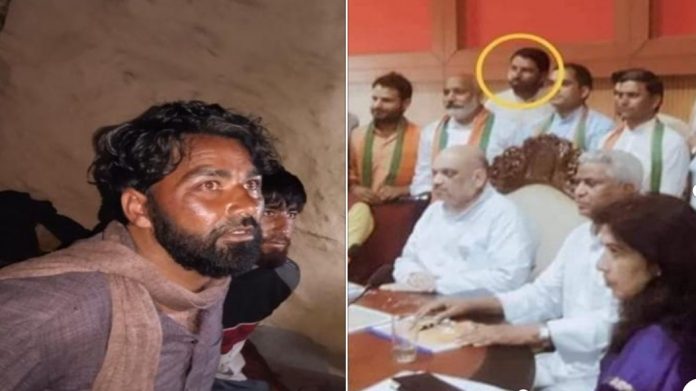 An alleged militant who was caught in Jammu’s Reasi area on Sunday morning was an active member of Bharatiya Janata Party (BJP). He was the party’s Minority Morcha social media in-charge in Jammu.

The man named Talib Husain Shah was photographed with many high level leaders of the BJP including Amit Shah. After his arrest, opposition parties and many social media users have flagged his connections with the BJP and put related photographs and documents in public domain.

Shah was appointed for the aforementioned position on 9 May, according to an order issued by the BJP Minority Morcha J&K. “Mr. Talib Hussain Shah, at Draj Kotranka, budhan, District Rajouri, shall be the new IT & Social Media Incharge BJP Minority Mocha Jammu Province with immediate effect” read the order.

Shah and his accomplice were apprehended by residents of the Tuksan village in Reasi with 2AK rifles, 7 Grenades and a Pistol. The J&K Police hailed the courage of the villagers over the same.