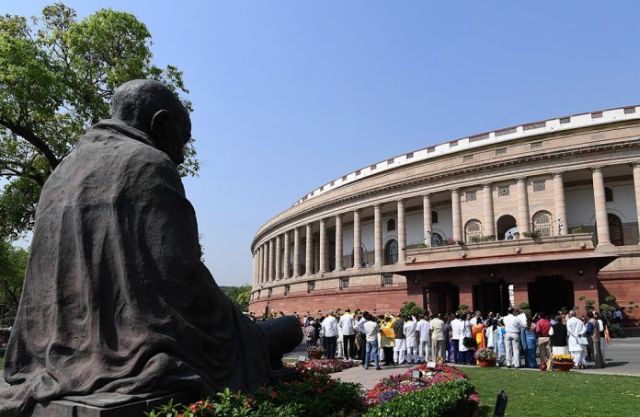 New Delhi : Leaders of 13 opposition parties met on Monday to discuss their strategy for the Monsoon Session of Parliament beginning on Wednesday and said that the government should allow them to raise their issues to ensure smooth functioning of Parliament.

Talking to reporters after the meeting, Leader of Opposition in the Rajya Sabha Ghulam Nabi Azad said they discussed the issues to be raised during the session that will have 18 sittings.

Sources said that the suggestion of the Telugu Desam Party for a no-confidence motion against the BJP-led government was also touched but there was a feeling that the motion should not pertain only to a single issue but to “failures” of the government.

Azad said the leaders of like-minded parties unanimously resolved that they wanted to see the Parliament function smoothly.

Referring to the frequent disruptions in the second half of budget session, he said the opposition wanted the Lok Sabha and Rajya Sabha to run smoothly but allies of the ruling coalition did not allow it to happen.

“It was the first time that government did not want the Parliament to run. After the session ended, the blame was put on the opposition, not on them,” he said.

“Our issues are issues concerning the people. We want to run the house smoothly. The house should be benefited, bills should be passed and we are able to raise our issues,” he said.

G-23 leaders likely to be adjusted in Congress, Azad may get RS berth