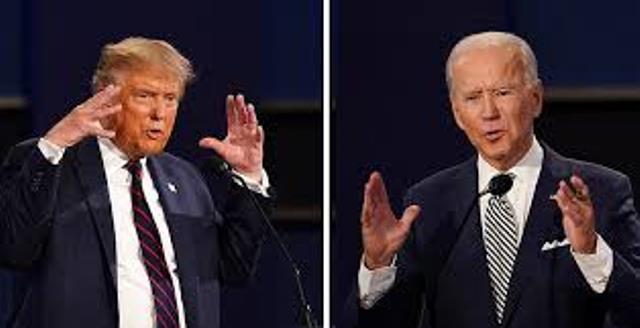 By Dr. Mahboob A. Khawaja

America is entrenched in deep political crises of multiple dimensions. The working of political institutions, politicians, human character, morals and responsibility signal rituals of evil eye paradigms and a future of miseries of innumerable multitudes. The snapshot of American democracy and a rethinking moment in time appears shrouded by unknown purpose of catastrophic political consequences. Aftermath of the presidential election and an opportunity for great transformation to a peaceful change looks unpredictable between the end of the old delusional concept of power and the beginning of the new. Tonight (January 3, 2021), the CNN is playing an hour long audio tape of President Trump’s conversation with Brad Farrensperger (Georgia Secretary of State) asking: “ I just want 11,780 votes  …one more vote” to victory and  “find” votes to “tilt the 2020 election” and you can “recalculate” the election.  Carl Bernstein and other US media analysts demand immediate resignation of Trump and interpret it as a political conspiracy to invalidate the Joe Biden presidential election. Others call it a “bomb shell” and a crime against American democracy just as it was the “Watergate” planned by Nixon.  President Trump claims victory in other states and again calls it a “stolen election” from his candidacy – a highly contentious image of political time left at the White House. It seems that love of power is at the heart of incomprehensible claims of dreadful mystery. This formidable evidence could prolong the systematic and peaceful transfer of power as a destabilization factor in American modern history. In an endless self-repeating false rhetoric, the refutation of Biden presidential confirmation at the Senate on January 6, could lead to widespread public outrage and unrest in time and space unheard of in contemporary American politics.

Brad Farrensperger sounds unwilling in audio to accord any substance to Trump and his illogical demand. He tries to clarify the election authentication process and its legitimate outcome in favor of Joe Biden- the President Elect. The 2020 American Presidential election should have been a springboard for planned peaceful transfer of power and political change for future-making. Despite legal authentication of the election outcomes and declaration of Joe-Biden, the President Elect, Mr. Trump continues to search for morally and intellectually forbidden vicious tactics to undermine the US systems of democratic norms.  The road to egoistic political hell is paved with good intentions without any reality. Assumingly, no American court or tribunal could prosecute political wickedness and obsessed crimes against democracy. If all goes to favor the poisonous politics of the few and 140 coerced GOP Republicans by Donald Trump will challenge the public verdict to oppose the Biden -President Elect confirmation on January 6 at the US Senate confirmation. It could be interpreted as a hybrid political culture of cataclysmic end in modern history.

The world will watch with alarmed curiosity – how America and its acclaimed liberal democracy are vulnerable to unthinkable change and unpredictability for the future generations. It would affirm that US textbooks on a working democracy are incomprehensible to the “Common Sense” and rational understanding.  There appears to be “No Goodwill” active political bridge builders in current extreme American emotional and intellectual decadent upsurge. Those invested with public trust are far from any logical pursuit to speak out truthfully any bipartisan political language of the time. Joe Biden and the Democratic Party appear mature, resilient, intellectual and morally conscience and self-disciplined without erratic behavior to ensure that American systems of political governance should work for the good of WE, the People of America. It could be a political crime to dislodge Joe Biden from assuming the presidency on January 20th, 2021. The Republican leadership under Trump appears delusional and intellectual exhausted and making conflicting statements to assert their own verdict of “fraudulent election” when all the 50 states and territories have confirmed the winner – Joe Biden as President Elect. President Trump failure is more of a blindfolded person leading the blinds as there is always inconsistency in politically delusional adventures.

What is Next out of American Political Chaos?

America is in desperate need of moral and intellectual leadership. In situations of adversity and crises, leaders represent self-confidence and optimism for change, not egoistic agenda and belligerent outbursts as the nuisance of individualistic political indoctrination. President Trump is pursuing an unsurpassably intense political conspiracy to degenerate the present and future of American political governance. Trump is a warrior without any characteristics of true wisdom and political vision.

Comforting the major paradoxes of history as Arnold Toynbee (A Study of History) described warrior as dreamers devoid of moral and intellectual imagination when they come close to stagnation they jump to irrational outbursts and conclusions about the facts of life. Wrong people, glued to wrong thinking, do the wrong things without any rational sense of time, people’s interest and history. Trump failed to see the interests of the America people and global community to a peaceful approach to conflict management through dialogue and non-rhetoric belligerent statements. Naïve egoism and one-sided complacency to individualistic interest cannot further the cause of peace within America.

Biden and his team would urgently need rethinking and men of ideas and creative strategies to undo the harm and distrust that fractured the American political stability. The new administration if installed on January 20th, should articulate a Plan enriched with wisdom, vision and forbearance to pursue political, moral and intellectual pursuits for change. Would Biden and his team give priorities to dogmatic concepts of power and exploitation of truth or the forgotten – We, the People? In a recent article: “America at Crossroads: Presidential Election and the Clash of Democracy” (Uncommon Thought Journal, USA: 12.14.2020), this author envisaged the following agenda for Biden and team to take urgent action: https://www.uncommonthought.com/mtblog/archives/2020/12/14/america-at-the-crossroads-the-presidential-election-and-the-clash-of-democracy.php

1- Plan, organize and set your strategic priorities in writing – like the statement of top objectives and monitor and achieve success by doing the best. The WHO, Global Warming  ( a time bomb in waiting) Climate Summit and Global mankind is waiting for you and so are the neglected people targeted victims of colors, ethnicity and creed- all leading to more man-made disasters.

2-The COVID-19 Pandemic is a critical issue and a priority to be dealt with cautiously and scientifically for the good of the masses.

3-Mankind looks for Hope, Unity, Peace and Co-existence amongst the divergent cultures and nations of the world. You take initiatives to bridge gaps between cultures and civilizations, including Russia, China, the Muslim world and others abhorred and hated by Trump presidency. If Immanuel Kant’s ‘Perpetual Peace’ was taken seriously, today’s America and Europe would have been at peace, not wars within themselves and with the global community.

4-Trump lacked imagination and visionary foresight and neglected advice and reasoning in all official endeavors. He opted for transgressors, killers and morally corrupt dictators, kings and princesses across the globe.  You Mr. President (elect) will have the opportunity and time to take corrective actions to enhance human equality, human rights – be it in America’s Black Life Matter, Kashmir, Palestine, Myanmar-Burma, China or elsewhere and take initiative to legislate changes to ensure participation of the indigenous, black and people of colors as equal citizens in American political systems.

5-Your Chief Justice will administer the official oath in the name of God –The Beneficent – The Merciful – the Creator of the World – Who created the human being from a living sperm and sustained life on Earth – and you will perform the art of leading mankind as being part of mankind on a living Universe and Earth as we are accountable for all of our commitments and pursuits.

6-Be a peacemaker, not a warmonger as there is much evil and much good in the creed of human optimism. True leaders create new leaders and always listen and accept readily intelligent advice from people of knowledge and wisdom. Every beginning has its end as America is at the conclusion of an unpredictable age, not the end of world. Your vision and leadership initiatives will reframe the historic time for a progressive and changing America for the best of people and humanity.

Dr. Mahboob A. Khawaja specializes in international affairs-global security, peace and conflict resolution with keen interests in Islamic-Western comparative cultures and civilizations, and author of several publications including the latest: One Humanity and the Remaking of Global Peace, Security and Conflict Resolution. Lambert Academic Publications, Germany, 12/2020