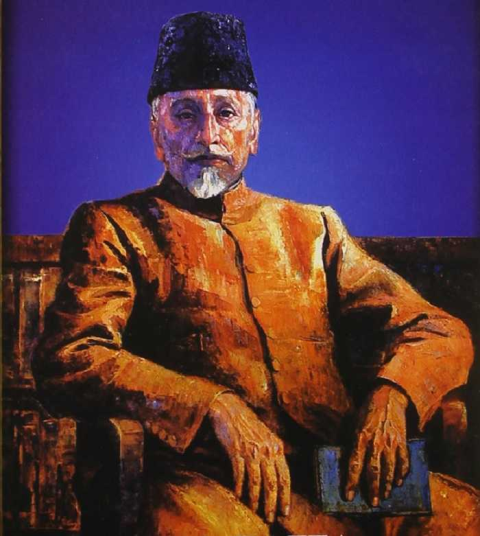 WASHINGTON (D.C.): February 22, 2018 is the 60th anniversary of the death of Maulana Azad, the top leader in India’s freedom movement and the first Indian government formed in 1947.  Today, we Indian Muslims who live in North America pay our tribute to Maulana Azad for his leadership and contribution to the Indian nation.  May his soul rest in peace.

Maulana Sayyid Abul Kalam Ghulam Muhiyuddin Ahmed Azad; 11 November 1888 – 22 February 1958) was an Indian scholar and the senior Muslim leader of the Indian National Congress during the Indian independence movement. Following India’s independence, he became the first Minister of Education in the Indian government. He is commonly remembered as Maulana Azad; the word Maulana is an honorific meaning ‘Our Master’, and he had adopted Azad (Free) as his pen name. His contribution to establishing the education foundation in India is recognised by celebrating his birthday as “National Education Day” across India.

As a young man, Azad composed poetry in Urdu language, as well as treaties on religion and philosophy. He rose to prominence through his work as a journalist, publishing works critical of the British Raj and espousing the causes of Indian nationalism. Azad became the leader of the Khilafat Movement, during which he came into close contact with the Indian leader Mahatma Gandhi. Azad became an enthusiastic supporter of Gandhi’s ideas of non-violent civil disobedience, and worked to organise the non-co-operation movement in protest of the 1919 Rowlatt Acts. Azad committed himself to Gandhi’s ideals, including promoting Swadeshi (indigenous) products and the cause of Swaraj (Self-rule) for India. In 1923, at an age of 35, he became the youngest person to serve as the President of the Indian National Congress.

In October 1920, Maulana Abul Kalam Azad was elected as a member of foundation committee to establish Jamia Millia Islamia at Aligarh in U. P. without taking help from British colonial government. He helped a lot in shifting of the campus of the university to New Delhi from Aligarh in 1934. The main gate (Gate No. 7) to main campus of the university is named after him.

Azad was one of the main organizers of the Dharasana Satyagraha in 1931, and emerged as one of the most important national leaders of the time, prominently leading the causes of Hindu-Muslim unity as well as espousing secularism and socialism. He served as Congress president from 1940 to 1945, during which the Quit India rebellion was launched. Azad was imprisoned, together with the entire Congress leadership.

Amidst communal turmoil following the partition of India, he worked for religious harmony. As India’s Education Minister, Azad oversaw the establishment of a national education system with free primary education and modern institutions of higher education. He is also credited with the establishment of the Indian Institutes of Technology and the foundation of the University Grants Commission, an important institution to supervise and advance the higher education in the nation.

National Education Day (India) an annual observance in India to commemorate the birth anniversary of Maulana Abul Kalam Azad, the first education minister of independent India, who served from 15 August 1947 until 2 February 1958. National Education Day of India is celebrated on 11 November every year in India. He also worked for Hindu-Muslim unity through the Al-Hilal newspaper.