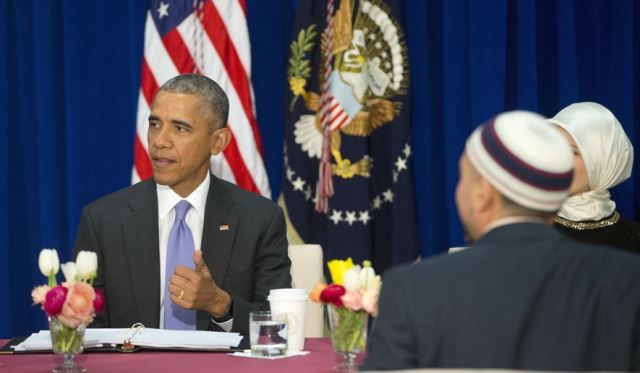 Obama did not do as much as he could have to help the poor and the racial minorities but he still did a lot to help the disadvantaged and the uninsured. Muslims in America should not be so self absorbed and self-centered

Instead of focusing on reviving Islam and uniting Muslims, the Muslims whine that Obama did not do more for the Muslim world. But why should he?  He is not a Muslim, he is not a moral or a religious leader. He is a politician who had to make sure that he would get reelected and that his party would not face hardship in the coming years and decades.

When the American Muslims remain divided, stay away from the struggle for civil rights and do not work for empowerment in a positive fashion, what right do they have to whine and complain.

The moment Obama got elected, he not only faced an economic recession but also a “whitelash”

The Republicans vowed to not cooperate with him and to paint him as a Muslim and as a traitor to America. The fact that he was pulling out of Iraq and tried to pull out of Afghanistan was used to hammer him as a closet Muslim who was a traitor to America. Obama had to weigh his options as he did not want to lose in the coming elections. He decided to opt for the Drone War so that he had a fig Leaf to get out of Iraq.

From a moral point of view Obama’s decision to intensify the Drone war was an abhorrent one. But we should have expected that from him. Why not expect more from the Muslims both here in America and in the world. I was heavily involved in the anti-war movement and there were hardly any Muslims both at the leadership and in the trenches supporting the anti-war movement. Muslim organizations were too scared to take a stand against the war establishment.

Overseas Obama tried to promote democracy in the Arab world and supported the Arab Spring. It was not Obama but Sisi and the deep state, Saudi Arabia, UAE and Israel who crushed the Arab Spring in Egypt.

We are reactive instead of proactive. We are more negative instead of being positive. We rushed to boycott Danish products because of the Danish cartoons but did we rush to help New Zealand when it voted against Israeli settlements and is now facing the wrath of Israel  Where is the movement to support New Zealand by buying things made in New Zealand?.

Till the American Muslims start to get organized and become heavily involved in struggle for civil rights and social justice, the choice will be between Obama on one hand and Bush or Trump on the other. We should blame ourselves. Stop blaming Obama. Stop whining. Stop having unrealistic expectations. Start rectifying our mistakes, start removing our deficiencies

Unless American Muslims become empowered and build alliances with other oppressed minorities and social justice movements, no politician will be fair to them. Americas is not ruled by a President, it has different Power centers and a system which is exploited by lobbies and interest groups. I am not justifying or covering up for Obama’s moral failures. I am pointing out the failures of the Muslim community and leadership.