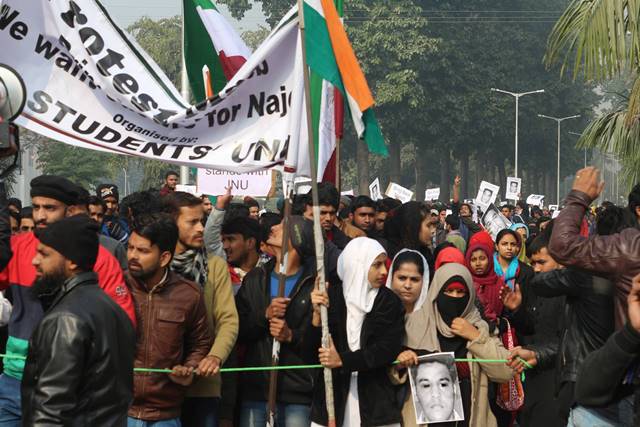 ALIGARH: Students of Aligarh Muslim University (AMU) on Saturday squatted on the tracks of the Railway station here protesting the “failure” of the Delhi Police to trace missing JNU student Najeeb Ahmed, who has been missing for 76 days.

A number of AMU students later courted arrest when police used mild force to foil their attempt to block the movement of trains, and vehicles on main roads.

District Magistrate Rajmani Yadav said the exact number of those detained was being ascertained.

The union in a memorandum sent to President Pranab Mukherjee alleged that instead of trying to trace Ahmed, police were harassing his family and shielding criminals. 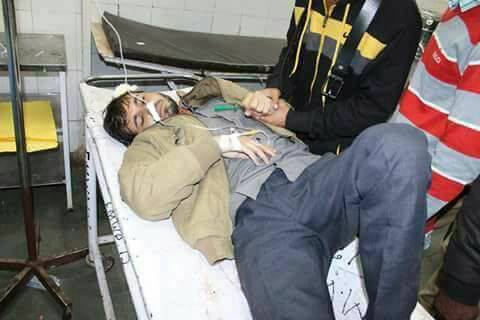 Ahmed, an MSc Biotechnology student, went missing on October 15 after a scuffle allegedly with ABVP affiliated students at his hostel on the JNU campus.