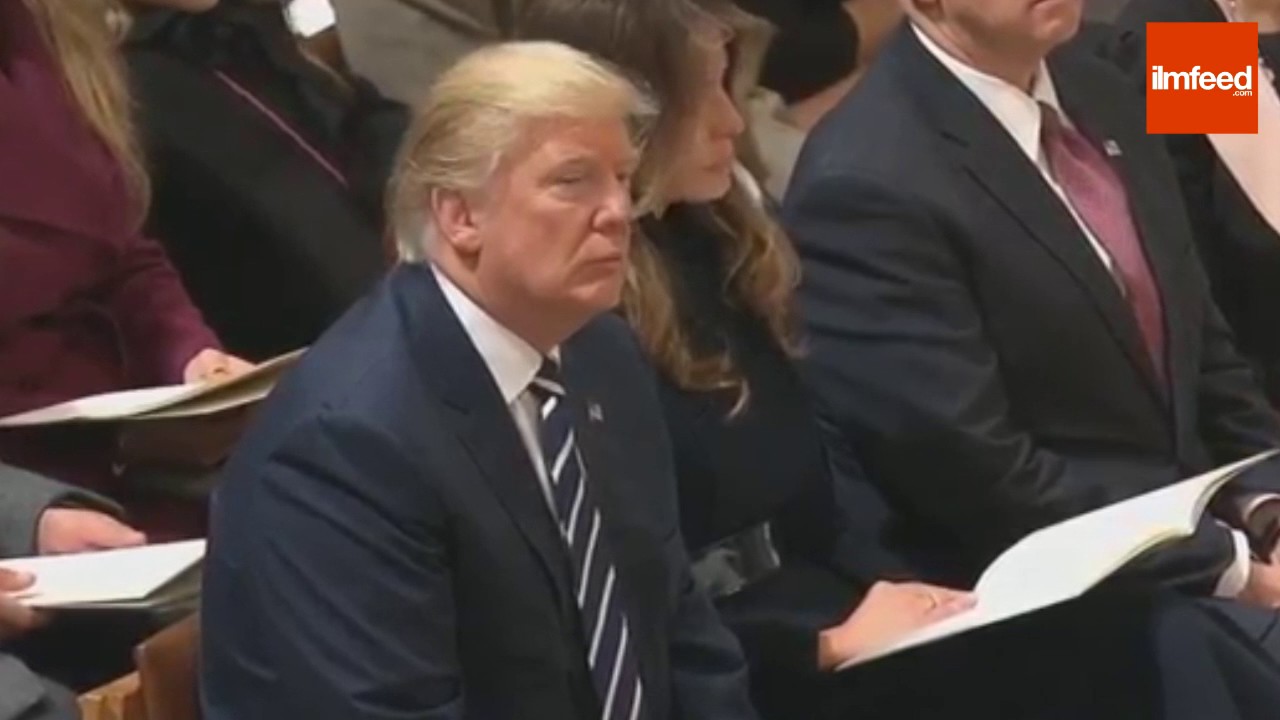 Washington: An Imam who had been expected to deliver the Islamic call to prayer at an interfaith religious service for President Donald Trump instead recited two verses from the Quran that contained clear political messages for the new president and his administration.

Magid was one of 26 religious leaders from a diverse array of faiths to participate in the service, an inaugural tradition since George Washington. The event’s program said Magid would recite the “Muslim call to prayer,” leading many to believe he would intone the adhan, the melodic call to worship that issues forth from many mosques five times a day.

Instead, the imam chose two passages from the Quran with clear political implications, especially at a time of racial and religious strife, when many American Muslims feel marginalized and mistrusted.

The first verse he read was from Surah Al-Hujarat, in which God says:

“O humankind, We have created you a single male and female (Adam and Eve) and made you into nations and tribes and communities, that you may know one another. Really, the most honored of you in the sight of God is the most righteous of you, and God has all knowledge…”

The second verse he read was from Surah Ar-Rum:

“And among the signs of God is the creation of heaven and earth, and the variation in your languages and your colors. Verily, in that are signs for those who know.”

A spokesman for Magid said his recitation of the verses had been approved by officials at the Washington National Cathedral.

“After the election, when a lot of things were said about Muslims, and there were questions about Muslims’ loyalty, these verses were intended to convey the message that we must come together and respect diversity — that God made us this way,” said Rizwan Jaka, board chairman at the All Dulles Area Muslim Society.

Like Magid, Episcopalians had been criticized for hosting and praying with Trump, whose campaign included harsh language about Muslims, Mexicans and women.

The Very Rev. Randolph Marshall Hollerith, dean of the cathedral, also chose a prayer that spoke to the country’s divisive political climate, asking God to “break down the walls that separate us” and “take away the arrogance and hatred which infect our hearts.”—-CNN