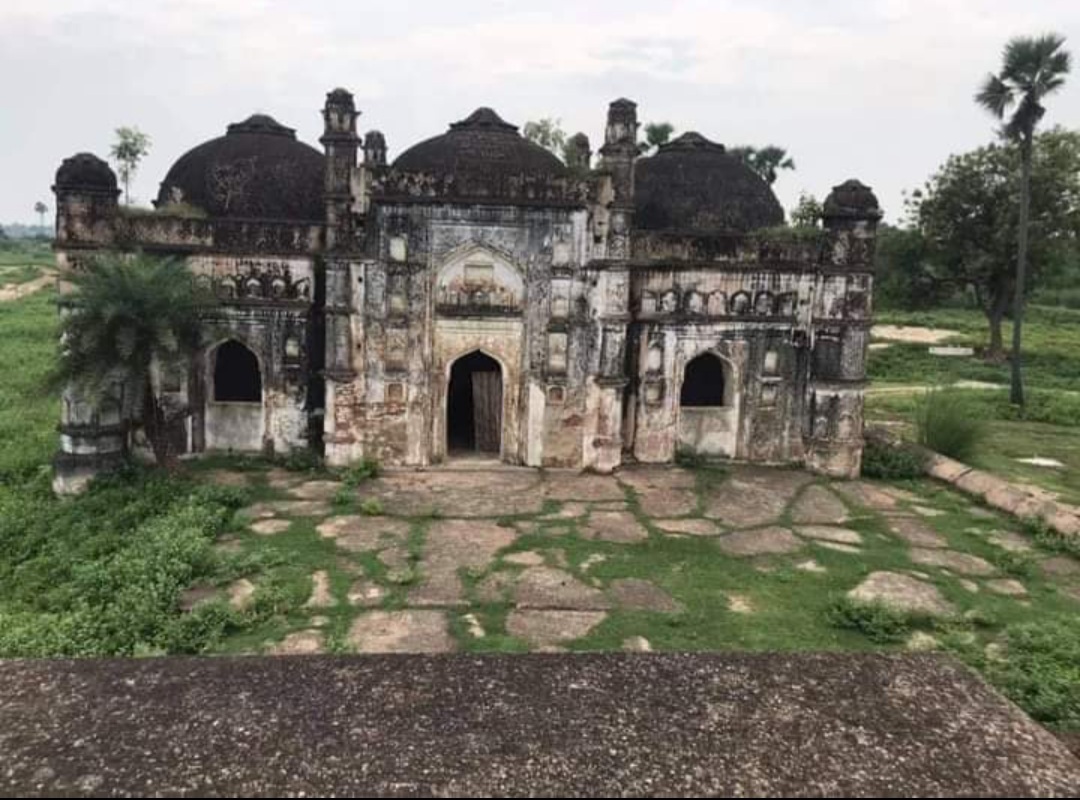 Chennai: Mr. Siraj Thakor, from Toronto, Canada, has undertaken the monumental task of creating an online database of all the Islamic Heritage Sites of India. He likes to preserve it digitally and make it available to all to cherish the Islamic past of this great country.

Mr. Siraj is looking for volunteers to assist him with the information on Islamic Heritage Sites in India. In response to his call, someone wrote to me with detailed information about a graceful mosque that lies in ruins in the Gaya district of Bihar.

This mosque popularly called ‘Lodi mosque’ was built around 1536 AD during the Lodhi rule in India. It is believed that Sultan Ibrahim Lodi, one of the rulers of the Lodhi dynasty had taken initiatives to get this mosque constructed.

This mosque is about 25 km from Gaya on Gaya-Patna road. It is exactly near Kundwa village at Khijrasarai block in Gaya district. It is situated on the banks of the river Falgu, a kilometer from village Kundwa. On the West of the river is Lodhipur village colloquially called Lodpur, while on the east is Kundwa village.

The mosque becomes functional only during ‘Eid’ and ‘Bakrid’ festival when some Muslims from Kundwa village come to offer prayers in this mosque.

For the rest of the years, this mosque remains a picture of neglect and want for maintenance. There is no Azaan called from this mosque as there is no one to take care of this house of worship. Some people have illegally occupied the land around this mosque but there is none to challenge such encroachments.

This historical mosque comes under the Archaeological Survey of India but neither ASI nor the Bihar government nor the Waqf Board, have any concern in protecting this Islamic heritage site.

It is in this context people like Mr. Siraj Thakor, who is Past President of the American Federation of Muslims of Indian Origin (AFMI), comes into the picture.  He wrote to me:

“Dear Brother Syed Ali Mujtaba, ASAK, I am a Past President of the American Federation of Muslims of Indian Origin (AFMI), We have undertaken the monumental task of creating an online database of all the Islamic Heritage Sites of India to preserve it digitally and make it available to all. I would take this opportunity to request you to be part of our team to collect info on Islamic Heritage Sites in your area. Alternatively, can you put in touch with someone or the organization which would be interested in such a historical task and leaves a legacy for the Indian Muslim generation to come? Wassalaam- Siraj Thakor.”

Mr. Siraj has started an All India campaign to document such historical Islamic heritage sites in ruins. If you have any similar story of any such Islamic heritage site near you, please write to him directly with photographs; (thakorsiraj@hotmail.com). You can even contact him on ‘WhatsApp’ -+1 416-277-7082.

This is a huge initiative and the efforts of people like Mr. Siraj needs to be strengthened by giving him a helping hand. Anyone, anyone where in the country who feels concerned about vanishing  Islamic Heritage Sites in India must come forward and join his team.

(Translation: I set off alone towards my goal, but, people came along and it began to turn into a caravan!)